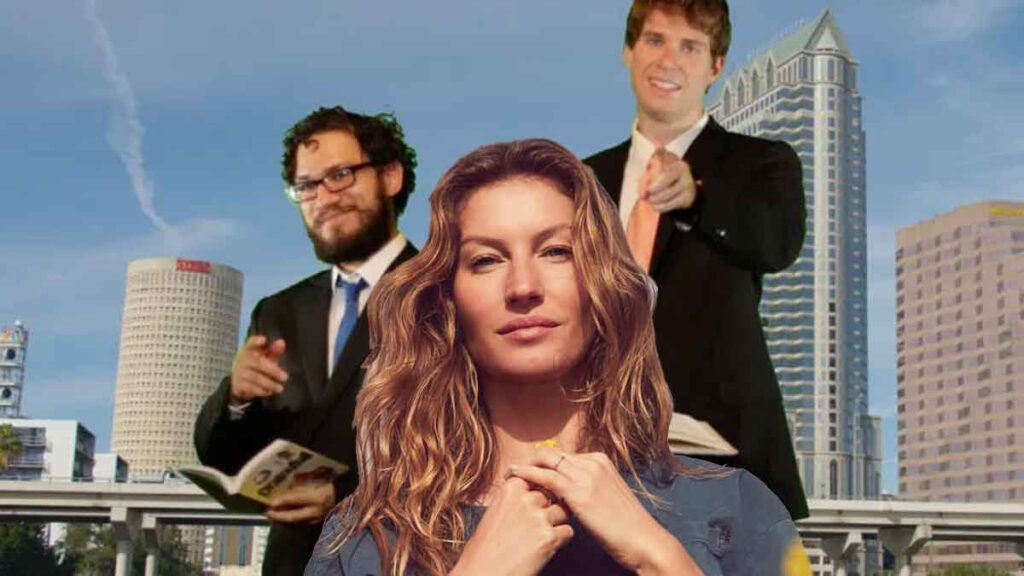 As we all know, Gisel Bündchen, Tom Brady’s wife, does rituals before Bucs games using pictures and crystals to manifest wins for the team.

(Seriously, this is true, you can read about it in this real news story right here.)

And I have no problem with her doing this, I think it’s awesome, I don’t care what people believe as long as it’s positive and doesn’t hurt anybody, I get happy when people have faith in anything, that’s a good part of humanity to be optimistic, and to try and do everything you can to ensure success and happiness amongst your family.)

Well now Gisele is taking her paranormal abilities and focusing them on Tampa News Force.

“I love you guys so much, you’re just so talented and handsome, I want all the success in the world for you, so now that I’ve got some free time between seasons, I’m going to do some rituals for the success of your company, using your hair and some old PBR cans that have your DNA on them.” Bündchen said through a kindly worded email to our tip line.

“I’m going to use mostly amethysts and moon stones, and I know some might guffaw at that, and say ‘you should be using jade and hematite, and maybe some grounding magnetic stones such as tigers eye or vibranium,’ but I’ve found I have my best results with teal amethysts and opal moon stones, so that’s what I’ll be using for you.”

The email also included a schedule of which games Brady was going to throw, and what the score of the next Super Bowl would be.

Tampa News Force is expected to feel the effects of her success rituals any day now, as she has begun immediately. So far only wicked apparitions have appeared in the office, and the desks shake every couple hours or so.