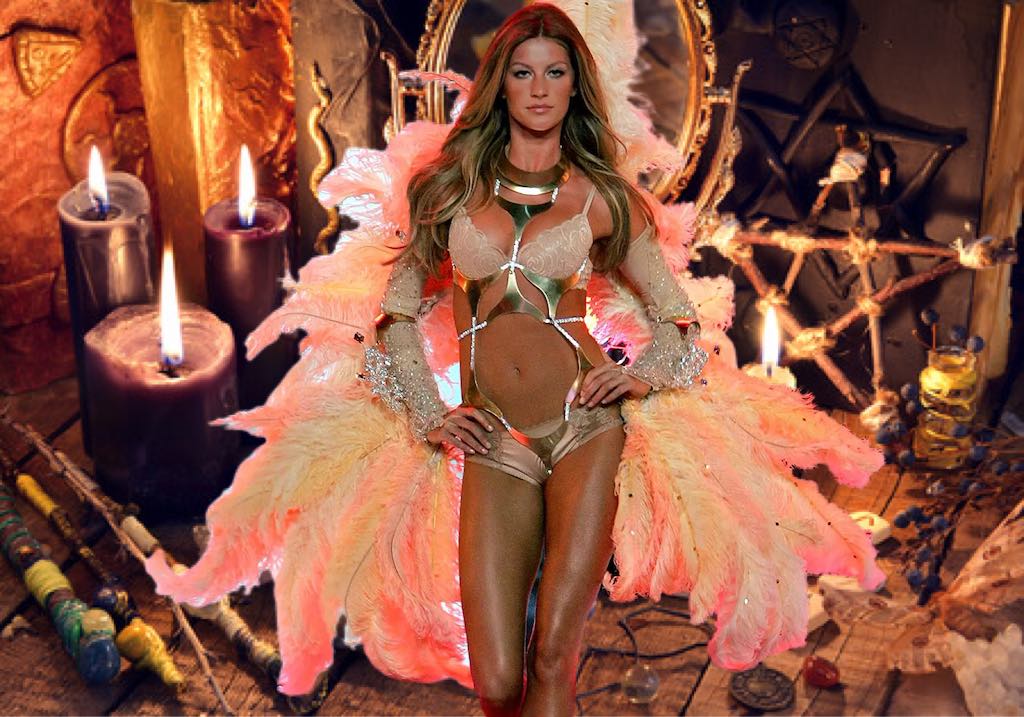 Giselle Bündchen, super model and wife of Buccaneers Quarterback Tom Brady, has admitted that she forgot to do a ritual for the Tampa Lightning.

“I’ve been so busy doing rituals for my own family and my husband that it just slipped my mind.” She said.

“I’m sorry, I know if I had just placed a certain amount of crystals on my wooden manifestation board in a specific order there’s no doubt we would have won the Stanley Cup for the third time in a row.”

It is known that Bündchen performs winning rituals for Tom Brady before games to ensure his victory, but the city had begged her for help in the town’s other sports.

“I get calls from Mayor Castor and the other two mayors, I forget their names, but they ask me to do ceremonies for their teams, and I try to, but you’ve got to understand, I’m so busy enjoying my life and my family, I can’t always be doing stuff for you guys. At a certain point I just need to sit back and relax whatever it is I do with my free time. You know, reading books, getting blood facials, normal elite beautiful-people stuff.” Bündchen said via Doordash instructions on her Fresh Kitchen bowl.

With enough help from the people of Tampa, maybe next year we will be able to remind Giselle Bündchen to put a winning hex on our other sports teams.

We are expected to win at least one more Super Bowl, however it has been noted that other teams around the NFL have begun hiring shamans and witch doctors to cast spells of protection and victory over their teams as well.

“Yea, we’re not letting her be the reason for us to lose.” Said Dolphins GM Dale Finn.

“We hired Doctor Strange himself to travel through the multiverse to figure out which combination of players we need exactly to be winners.”

“Couldn’t you like hire Doctor Strange to prevent terrorism or something more important?” I asked Finn, to which he slapped me in the face and said, “Nothing is more important than the Super Bowl.” To which I agreed, just to spare myself from more violence.

Whether we can find a superior team of holistic magicians is a question we have yet to answer for this upcoming sports season, but all we can do is pray and hunt for ancient texts in the Mesopotamian area.

“Supposedly the arc of the covenant is buried somewhere in Kenya!” Chimed in Mayor Castor on our weekly Zoom podcast.

“If we could find some religious artifacts we may be able to summon Sumerian Gods to help us win the football games or the hockey games.” She said proudly.

Which cities magic will be most prominent will soon be revealed with who wins the next championship.

Until then, make sure to rub your crystals and put them out in the moonlight as often as possible to create auras of strength and health.

← Now, VOTE FOR US!“All you can abort” buffet opens next to Supreme Court →