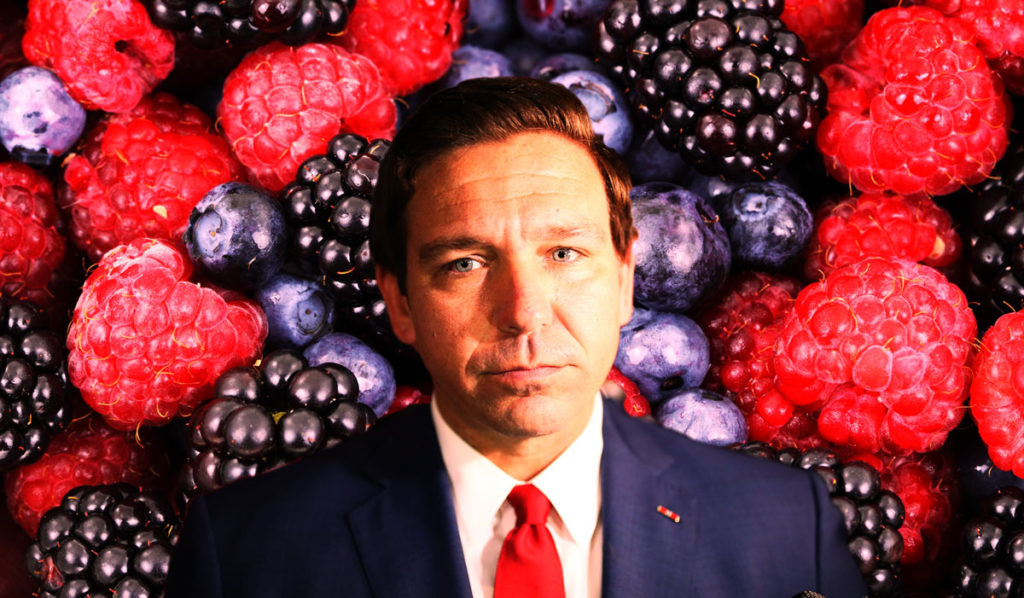 Governor Ron DeSantis recently announced that handling Florida’s COVID-19 crisis has left him lost and confused, and effective immediately he will be stepping down as governor to become a Social Media “baddie.”

Governor DeSantis claimed that being the governor was extremely stressful and it wasn’t for him anymore. He has since created an OnlyFans account and has built a following of over 100,000 people, all paying $10 a month for his explicit pictures.

In addition to OnlyFans, Governor DeSantis has created a private Instagram account for his gooch-only photos, so he can post blurred images where the only thing in focus is his gooch. DeSantis is now making more money than he did as a politician and is still evading taxes. He also made a statement today announcing he will be departing from Florida to move to Los Angeles.

“Los Angeles is the home of the baddies, and it is where I truly belong. I’m sick of taking myself seriously here in Florida. This is who I truly am!”, former Governor DeSantis stated.

Despite the country being in a pandemic, lots of people came out in support of DeSantis becoming a baddie. Butt Chugman said, “I really understand where he’s coming from I mean… I gave up being the Lord and Savior Jesus Christ to become a working pediatrician and I have no regrets! Good for him trying to be who he was destined to be!” Then Chugman did a backflip off the top of the Courtney Campbell Causeway.

All in all, Ron DSsantis has boat loads of support for being a strong and independent baddie, and he god damn deserves it!

(We apologize for the quality of this article, Nate is a young comic and doesn’t really understand how to write articles in a standard print-news format, so I have to edit them to a point where they’re slightly readable but I understand the anger of the low quality of this piece. Normally we would just reject the story altogether, but we’ve already rejected a few of Nate’s stories, and I enjoyed this headline, so I encouraged him to write it, and you know it makes him feel better to have something he’s written (even if it’s heavily edited) featured on our website. He doesn’t have much going on in life, so I figured the least we could do is make this young mediocre writers’ dream come true, if only for a moment. Thanks again for stomaching this subpar article.)

← Local talk radio caller comes up with own nicknameTampa man leaves family to live with alligators; is surprisingly not eaten →

An ambitious young writer/comic from Tampa who loves nothing more than laughing and making others laugh.

View all posts by Nate Roscoe →