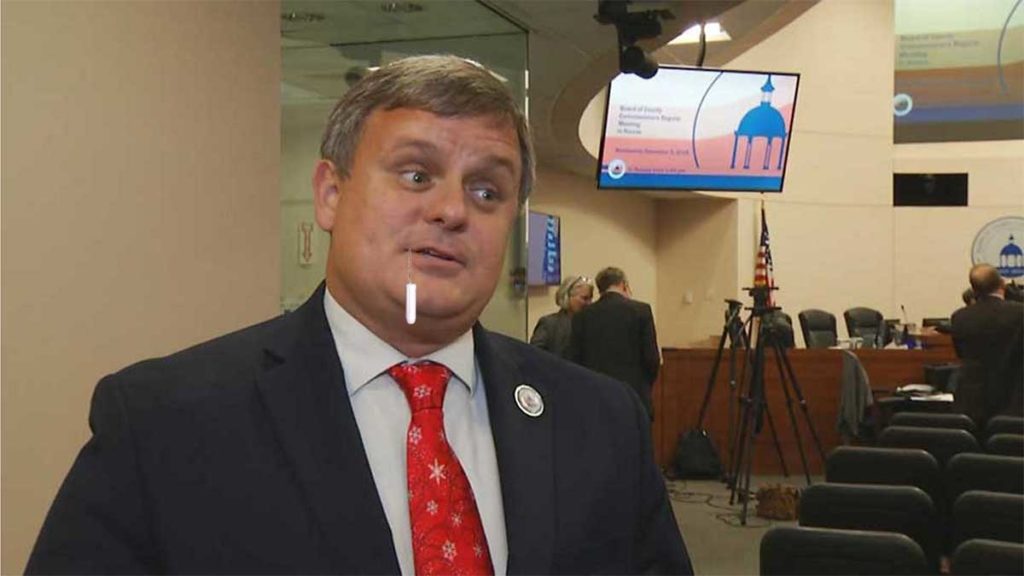 During a livestream of a recent meeting between the Hillsborough County Board of County Commissioners, elected official Stacy White was captured in the moment eating his own used tampon.

“I swear I thought they said that we were on pause and that nothing was being broadcasted,” said White who had to clarify that he was indeed a male even though his first name was Stacy. “People made fun of me growing up and now look at me, making decisions.” White stood tall with his arms at his waist like Superman.

When asked why he was eating his own used tampon, White quickly changed the subject, “I don’t know why you keep asking me about that gross stuff, I get hungry during these hour-long meetings. What you should be concerned about is that this county is collecting money for a tax that was voted on by a majority of the residents!”

White attempted to get me to go back to his home to discuss taxes some more, “Please come look at these charts with me. I’ve got a Roku in my man cave so we can watch YouTube and eat tampons….I mean Ice cream, we can eat ice cream.”

“I don’t want to do any of that Stacy!” I yelled at him while trying to run away, but he grabbed me from behind, lifting me up and holding me in a bear hug.

White let me go and then took out a knife, I braced myself thinking he was going in to stab me but he stabbed an Amazon box next to me and ripped it open to reveal a 36-pack of Tampax Pearl Super.

“These are my favorite tampons to eat,” said White before excusing himself. “I promise I won’t get caught eating them on the livestream anymore.“