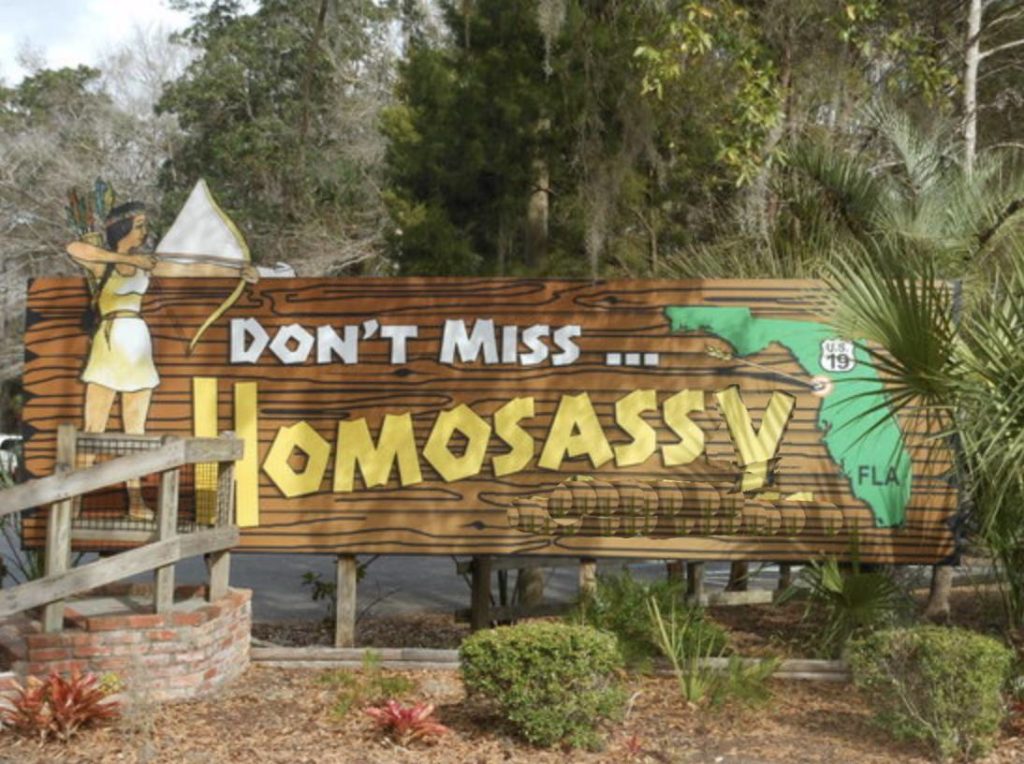 After a 5-4 vote between local legislators, the town of Homosassa, FL, will now officially be called “HomoSassy” and cater to only gay and black residents, exclusively.

“It felt like a natural fit,” said county Urologist Nelson Mandelay. “The name is so close to homo-sassy, and I mean homo means gay and you kind of associate ‘sassiness’ with black women, not in a negative way or anything!” He jerks back real quick and puts his arms up in defense.

“Homos, sassy folks, come on down to HomoSassy!” Mandelay flips the collar up on his duster jacket and walks off disappointed. “I’m so stupid!” We can hear him mutter under his breathe. “Do a better interview next time! Idiot!” We can’t see him anymore, but it sounds like he’s slapping his forehead hardly.

“I’m excited!” Says Buronica Davis. “Other ladies at work were telling me, ‘Girl! You need to get your sassy ass down to HomoSassy and take a trip with them other hot ass ladies!’ And I was like ‘shiiit. Fuck, whatever then!’ And I mean, I’ve been openly bisexual, mostly gay, for a few weeks now, it is what it is, and I think shit, I mean fuck, I’m ready to be around my peoples you know what I’m saying?” She does the circular motion with her arm to suggest she’s including everyone around her. “Our shit be crazy sometimes, but my boo is hot as hell, and you could bounce a dime off that thing.” She motions towards her own crotch.

“I’m the opposite of excited!” Says Victor Hench, former resident of the Homosassa Milk Farm compound. “I’ve lived here my whole life milking cows,” he points to a pig, “and I don’t even physically understand what’s happening. Gay, black… females? What? Homo-Sassy? What the heck does any of that mean? I’m a simple man,” he sits into a bucket of water, “I do the lords work and I pray to the lords bible” he thumps the front of a phone book. “I don’t know what the lord thinks or wants, but this just doesn’t seem like it. I know that makes me sound intolerant, but it is what it is, our shit be crazy sometimes.”

“I’m excited!” Says Kendall Z, a person devoid of color. “I can’t wait to move here with my girly-girly-girlfriend!” She does the crip walk.

“You’re not allowed in here!” A voice through a fence shouts. “You’re not black! You’ve gotta be black. HomoSassy. Our community. Leave!”

Kendall Z takes pepper-spray out from her purse which is attached to a large keychain and begins to spray the pepper-spray into the fence, however the wind was not working in her favor that day as the fumes went directly backwards into her own eyes. She screams in pain which you can tell is more than just physical.

With a downpayment of $6,900, gay black people can reserve a bunkbed in one of the many group lounge-homes in the sprawling HomoSassy community. During the month of February there will be Disney World-style celebrations and parades featuring Dora the Explorer doing popular Fortnite dances along with many other makeshift Marvel characters doing current childish trends.