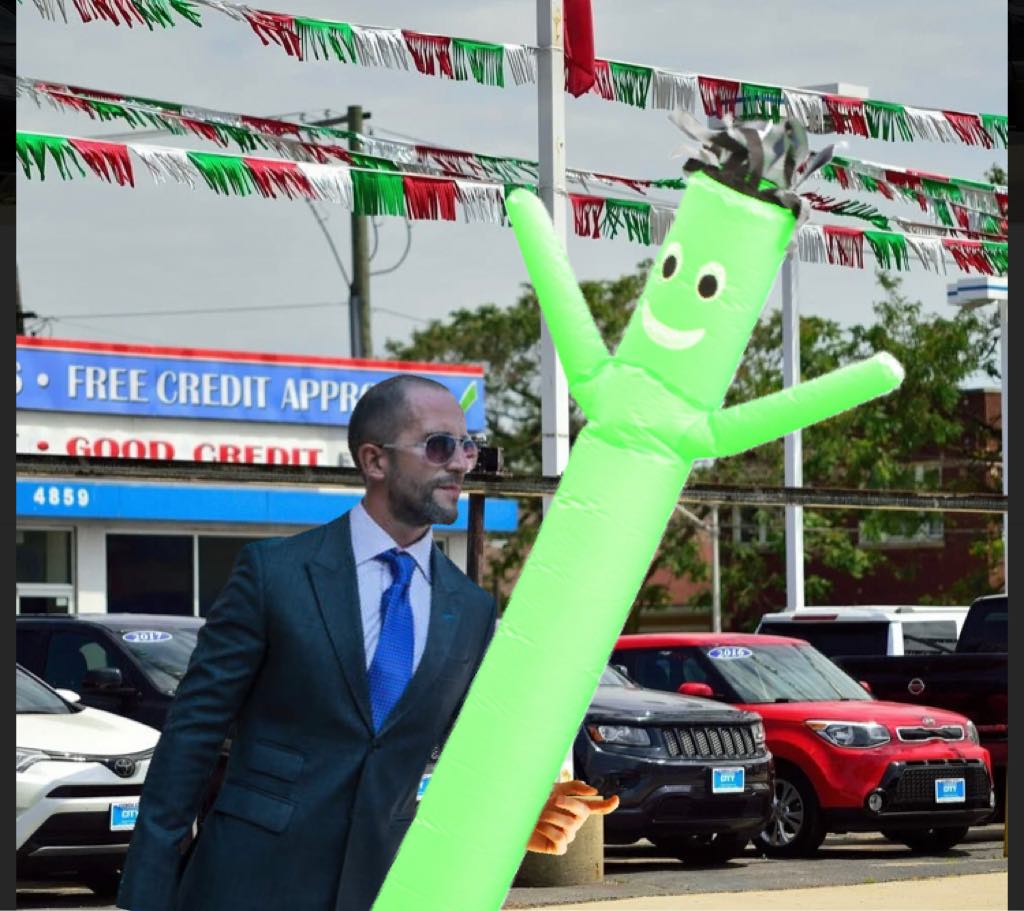 The owner of Honest Jim’s Automotive, Keith “Honest Jim” Turlingham, recently found himself embroiled in a sex scandal. Reports have been received that Turlingham has been in a months-long affair with an employee at his dealership – an eight foot tall inflatable green tube man that the staff has taken to calling “Murray”.

“Yeah, Keith showed up here about a year ago with this inflatable tube fella. We didn’t think nothing of it. Dealerships have to advertise somehow,” said Skip Grifton, mechanic and number three in the office pool for “most likely to grow an unconvincing mustache”.

Suspicions began to mount among the team about Murray and Turlingham’s relationship when Murray had won “Employee of the Month” for five consecutive months.

“What’s a tube hooked to a leaf blower want with a reserved parking space? That’s what I want to know,” asked Dottie Vaughan, administrative assistant and resident expert in peeking through blinds without being seen. “I mean, really, we’re giving this thing a Red Robin gift card every month, too? I got kids, buddy. Unlimited fries go a long way in my house.”

In the official dissolution of marriage documents, otherwise known as “divorce papers”, Mary Turlingham stated the reason for seeking a divorce was that “Keith Turlingham’s infidelity resulted in green and fuschia tube children seeking financial restitution and parentage at her residence.”

When reached for comment, Turlingham laughed and said, “In hindsight, I really should’ve known Murray was a ‘Maureen’. But, yeah, I think I’m finally ready to be a dad.”

“His name’s not even ‘Jim’, much less ‘dad’,” scoffed Sarah Turlingham, “Honest Jim’s” eight-year-old daughter, while waiting for either of her parents to pick her up after a rainy soccer game.