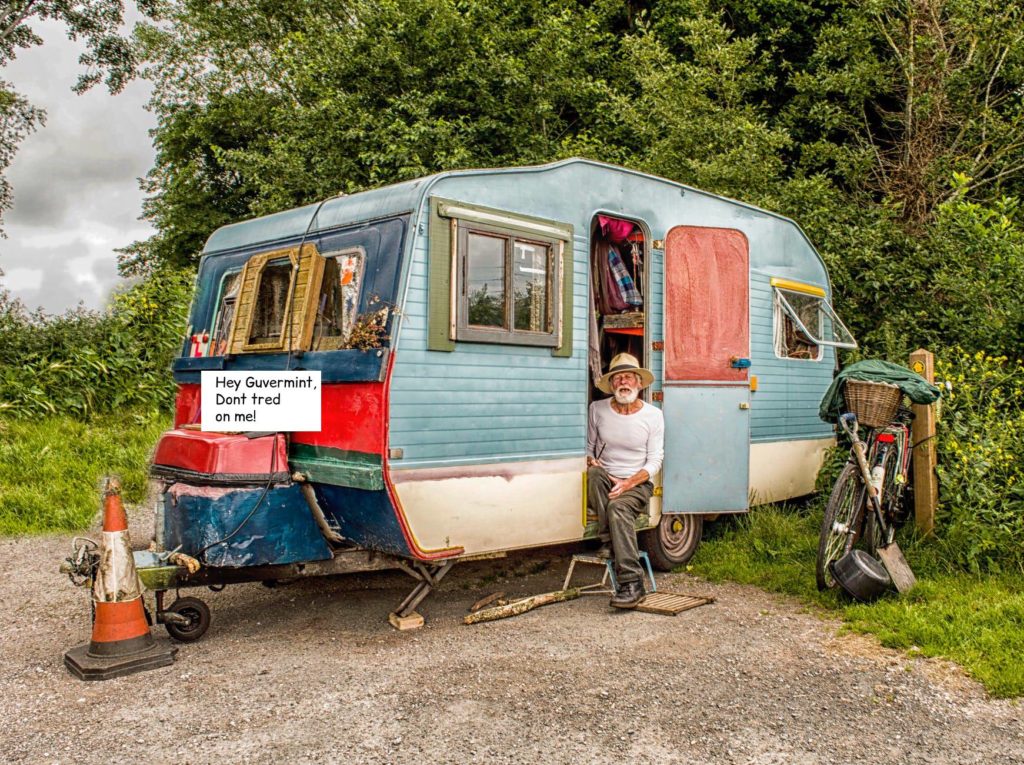 In Hudson, FL, a middle aged man has begun protesting what he considers to be the “imminent threat” of government provided healthcare.

As we neared the door of his trailer, Jimmy Murphy – local agitator, small business owner, and vape enthusiast – stumbled out to greet us. Without hesitation, Murphy launched into his pitch against why people like himself don’t deserve to live.

“I don’t get it. Why do these lazy losers expect the government to provide healthcare? I’m not even sick!” he said. “It’s ridiculous! They’re just trying to waste my money! They’re trying to sell me umbrellas when it’s not raining, or sell me condoms when my dick is baby sized and just as soft. I won’t fall for it. Don’t need coverage when I’m never going anywhere wet, you know?”

Murphy runs the Facebook page “Evrys Dum Butt Me”, which is linked to his small business page and has been recognized as a hate organization by the Southern Poverty Law Center.

“That whole thing is ridiculous. I mean, ‘Southern Poverty’?!” Murphy said and forced a chuckle, like a reptilian monster in a human skin suit pretending to know what joy felt like. “I own my own business! I’m my own boss! Ask any of the four co-owners. They’ll tell you. We’ve got the best mall Santa operation in the tri-county area.”

During the interview, one of Murphy’s neighbors, Mary Ann Renatta, an older overweight woman, walked by on her way to her home. As she passed, Murphy commented on her CVS bag, “What’s that? Cookies? Soda? CVS selling bacon double cheeseburgers now, fatty?”

“It’s my thyroid medication,” Renatta said as she choked back tears.

Noticing the confrontation from across the trailer park, Gino Pappiyanis, a 9/11 first responder who relies on an oxygen tank to live, came over to escort Renatta to her home. As Renatta and Pappiyanis walked away, Murphy made wheezing noises and mimed rolling a canister behind him before saying, “Look, I’m not heartless. I’ve been dropped from my insurance, which makes sense. Why should I pay for something I’m not using?”

In the letter from Blue Cross, Murphy was notified that, “Due to [his] continued activism against universal healthcare on the basis that [he] is not currently sick, [his] coverage is terminated, effective immediately. This owes to the fact that [his] statements reflect that [he] is likely braindead. Therefore, [he] would be too costly to retain on the grounds that Blue Cross would have to provide benefits.”