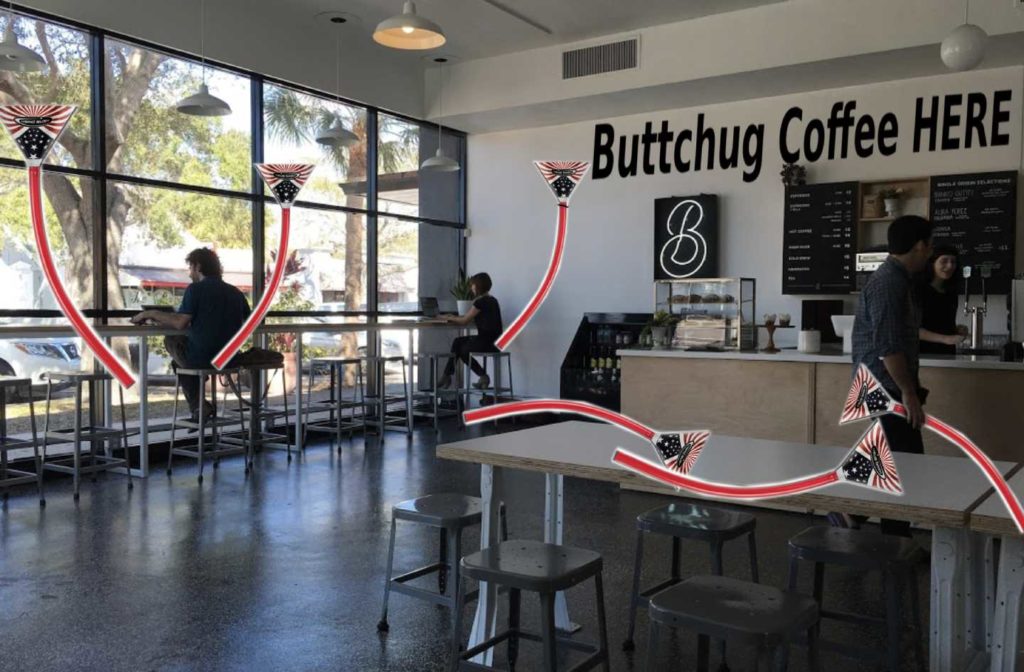 The small independent coffee shop is the first of its kind to offer the new, faster and more convenient way to get that morning cup of joe.

“I don’t have time between dropping the kids off and getting to work to get caffeinated,” says local father of six Dennis Flingington. “Really looking forward to being able to go in, have my prostate pressure washed with some espresso and go seize the day.”

The small upscale boutique coffee shop features a number of coffee boofing stations where customers pay by the espresso shot.

“While it’s cheaper for me to wake up early and buttchug some coffee at home,” says the heavily mustached Buddy Boofed barista Michael Elnord, “something about the freshness of a perfectly grounded cup shooting up there, it’s just not the same.”

While the concept has been popular in several European countries for many decades now, Buddy Boofed founder Shiloq Boofington hopes it catches on here on our side of the bay.

“I’ve been taking my caffeine in like this for ages now,” says the excited and visually very happy Boofington, “I spent a lot of money painting and decorating this place so I hope these boujee folk like it.”