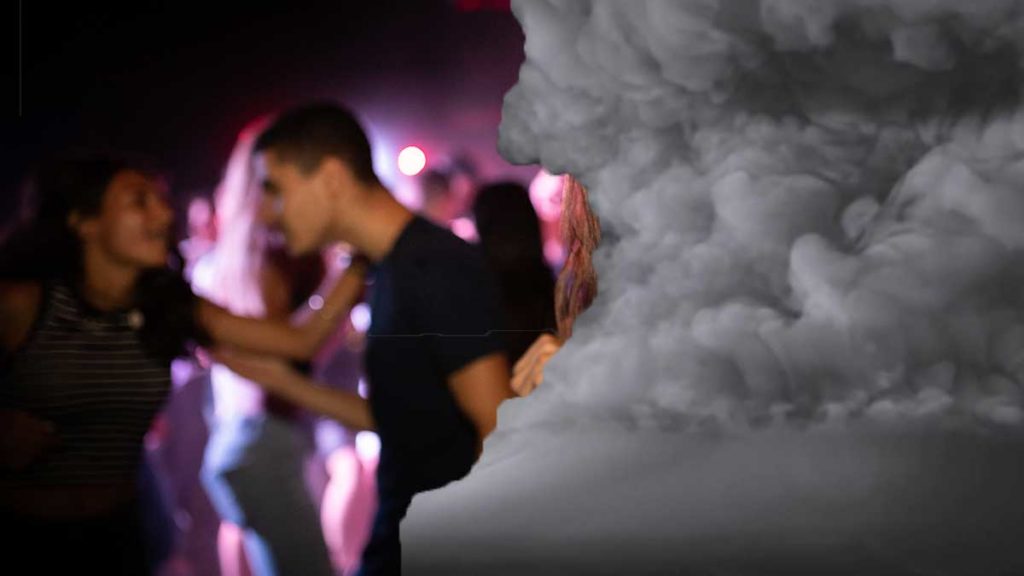 A hurricane party in Pinellas Park ended abruptly when a tornado ripped through the house, causing hundreds of dollars worth of damage. Frank “Rico” Turner is the owner of the house hit by the cyclone, and was proud to be host of a party that got hit by a Tornado. “We were celebrating the fact that Irma missed, you know, because that’s what true hurricane parties are. They’re not parties you have during a hurricane, that’s just reckless, these are parties you have to celebrate not being affected by a hurricane that was projected to hit you. That’s what we were celebrating! Ironically, our celebrations were premature, because little did we know that a tornado was going to tear right through the center of my home, and toss around all my collectible NASCAR plates.” Turner said.

“You guys also may have heard about someone else named Frank Turner who was in the news recently, involved in some sort of physical altercation over a lime scooter on South Howard, just for the record, I’m not that Frank Turner, I’m a different one. I’m Rico.” Said Turner.

“And I guess technically you have access to look up the story of the other Frank Turner and see that the picture they used of him looks eerily similar to me, but you’ve got to believe me, I’m not that guy!”

Turner starts shaking me by the lapels.

He puts me down and dusts off my shoulders, feigning concern for what he just did.

“I just had to be sure you weren’t one of those people.” He says.

A laser beam strikes the concrete wall right next to my head.

“GET DOWN!” Turner shouts.

Another beam zaps right by my wrist, causing the hair on my skin to tingle.

“Holy hell!” I gasp, stunned in shock, unable to react in a hasty manner.

Another ray of hot light crashes into the scenery behind me.

“What is this!” I scream to Turner.

“You don’t want to know!” He screams back, as a giant blanket of light is cast upon us both and begins pulling us towards what looks to be some sort of wormhole, suspended in the center of the room.

“It’s making my insides hurt!” I wretch in pain.

“Yea, It’ll do that!” Turner quips back.

Were both sucked into the center of the wormhole and our bodies morph into one, and we’re now some sort of disfigured mutant creature, both experiencing a new threshold of pain never known by man.

“Well I guess we have to live like this now.” Turner says.

“But the problem is, I have a wedding to get to at 3, I’m getting married.” Turner says.

“Oh wow, this is going to get pretty awkward.” I say.

“Well…” I say, both standing awkwardly with our 4 legs, 4 arms and 2 heads connected on an abomination of a humanity.

“Do you want me to try to remove myself from the situation?” I say.

I use his arm to reach out for a sword located on a shelf.

“What are you doing!” Turner yells.

“I don’t think we have any way out, so I’m gonna use this sword to cut my head off our body, because I don’t want to live like this.” I say.

“Don’t do that, that’s insane!” Turner screams, holding back the other arms from grabbing the sword, our limbs now all fighting each other simultaneously.

The wormhole rips back open. We both scream. Rays of light touch our body and we’re split back apart. The wormhole is closed once again. We stand there, touching our old bodies again to make sure it’s really real.

“We’re back as the way we were!” We both exclaim at the same time.

“Well, almost.” I say, as I plunge a knife in between Turners armpit as he closes his eyes in fear. He opens his eyes to see that I did not stab him, I stabbed an invisible alien who was behind Turner, and the knife just went close to his arm.

“I think that pesky alien is the cause for all this strange behavior.” I say.

“So did you have anything else you wanted to say for my news story?” I ask.

Nobody was injured during the Tornado which hit the hurricane party, and the only damage reported were of the NASCAR plates. There has been no investigation into the situation with the wormhole and the body morphing, however authorities have responded to requests for an investigation by saying, “You must be out of your mind if you think we’re going to believe any of that for a second.”

← Rick Scott demands cages for children be made in AmericaTampa Business Owner Spends $75,000 to Lose Creative Loafing Best of the Bay →