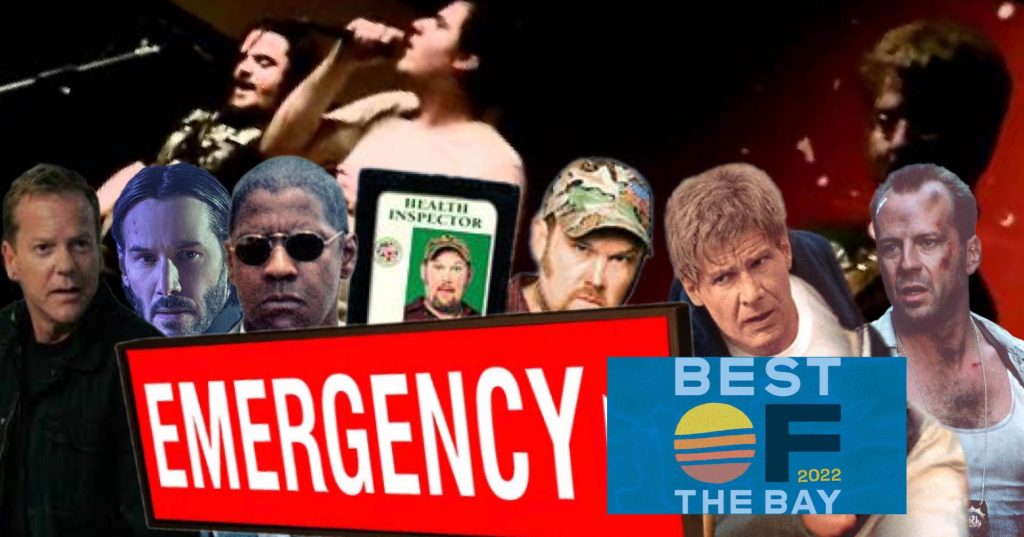 What are you doing right now? Well, stop it! This an emergency! All hands on deck! This is not a drill!!

Seriously, what are you doing???

This is serious! Today is the last day to vote for the 2022 Creative Loafing Best of the Bay Awards, specifically for Tampa News Force in the category of Best Experimental Act!

It’s important that we win this award and we can’t do that without you. Why? No time to explain!! Just vote!!!

Okay, we didn’t want to say anything but the fact is that there is a small, adorable child, a boy or a girl or whatever, in the hospital right now who could die if we don’t win.

All right, they probably won’t die but us not winning won’t help them and us winning probably won’t hurt them. Don’t you want to not hurt the sweet, precious child or puppy in the hospital? Of course you do don’t.

PS: Abortion Twins are nominated in this category too. Don’t vote for them. They hate children and puppies probably. Plus, we asked them and they said it’s cool. You don’t need to ask them if that’s true. It is. Thanks, Abortion Twins!