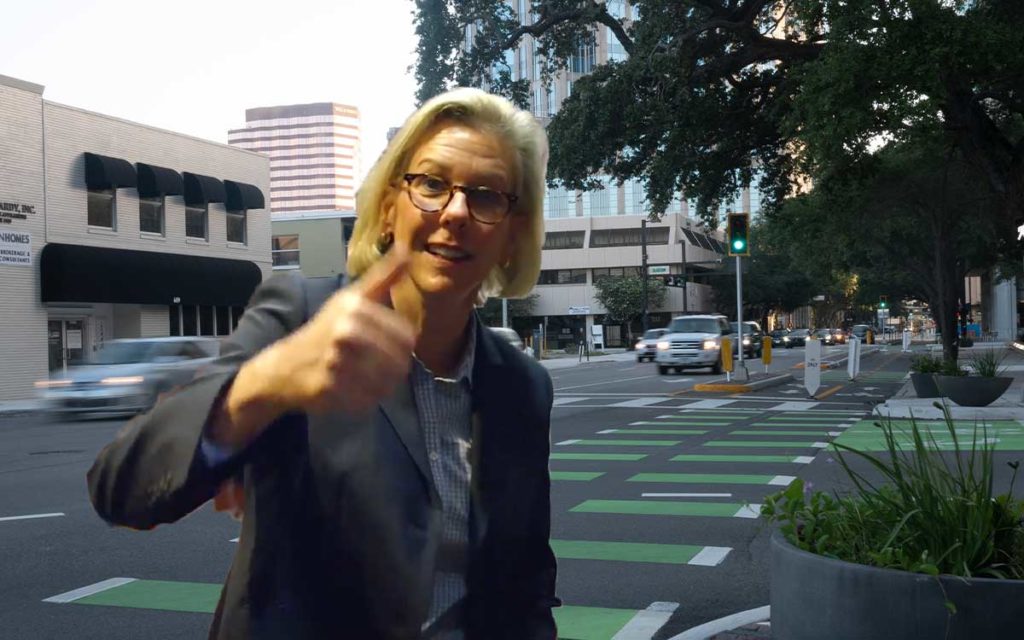 During a heated community meeting, Jane Castor was under intense pressure to lose her cool.

“I’ve had my fair share of dealing with egos and attitudes,” said Tampa Mayor Jane Castor. “I took a deep breath, listened to what these folks had to say and we discussed everything in a civil manner.”

During the community meeting, Mayor Castor was the target of hate speech from a boomer who was mad that his taxes are helping poor people through transportation initiatives.

“These poor cucks don’t deserve my hard earned money,” said the boomer who wanted me to call him Bobby Bitchtits.

I asked Bitchtits if he had ever taken public transportation in Tampa and he said, “I drive a truck, and I voted for Straz because I don’t know anything besides mudding and finger blasting my stepsister.”

I nodded and asked Bitchtits again if he had ever taken a bus in Tampa and he said, “Look I’m not no poor sonofabitch that need no bus, if you live down here and you want to make it, get a truck and drive it like an asshole.”

At that moment Mayor Castor came over and said to Bitchtits, “Now that is the old way of thinking that has kept this city from moving forward. The amount they take away from your taxes to fund transportation is very negligible compared to other similar sized cities and our system runs surprisingly well for how underfunded it is.”

Mayor Castor then brought out a four pack of tall cans of PBR and handed us one. She shotgunned two of them at the same time and let out a huge burp before saying, “I hope you’re able to see that this city works better when we can all get to work and be happy. Not just the people who can afford to.”

Mayor Castor then held up a peace sign with her hand and exited the building.

Bitchtits and I then agreed to meet up and play chess at Julian B. Lane Park, everyone is welcome to join us.