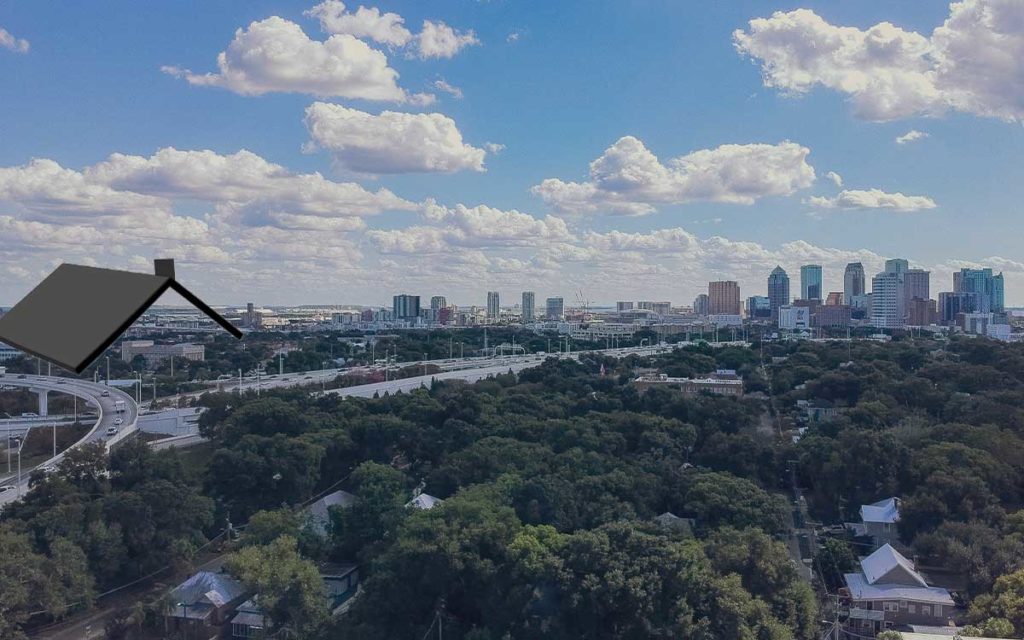 A giant roof which spans 12 blocks long and 6 blocks wide has been installed over Ybor City centrally located above Centro Ybor. The roof is 150 feet high covering even some parts of the Selmon expressway. The roof is lined with dozens of rows of solar panels, using the energy to power the lights in the nightclubs below.

The roof was paid for by a 3% sales tax on cigarillos which has been in effect since 2006. The roof cost 15 million dollars, which is being called, “Surprisingly cheap.” By architects and citizens alike.

“I mean I don’t really know because I’m just a humble chimney sweep, and I know you’re thinking, ‘who would hire a chimney sweep in Tampa?’ But that’s neither here nor there. I feel like a roof this large with solar panels attached would cost at least like a billon dollars? On labor and parts and, honestly now that I think about it, I don’t even remember how quickly this thing was installed. It feels like it all happened within a couple of hours?” Flexington said.

“My cousin worked in construction and he said they make the cement with old subway wrappers and s**t from whatever they ate at lunch that day. Can you believe that?” Then Flexington got into a hot air balloon.

The local government dedicated funds to the development after an arm wrestling match gone wrong led to a deal with international architecture conglomerate CEO Bred Radley. The roof is meant to keep people dry from rain and safe from the extremely harmful sun rays, now that the ozone is totally trashed and we’re basically living in a cigarette room on a train car where we’re just huffing in dumb stuff on a 24-hour basis, but le shrug oh whoa are my whimsies, I hath fainted due to my own regression in personality, sorry, must get to the pills before the disease takes over! Aghhh! I’ve got night time personality change disorder, where randomly while I’m writing, I turn into a d**khead a**hole who doesn’t have the nerve to finish one fake news story. God, my boss is going to really have my a** tomorrow. At least I’m censoring the curse words just incase the kids are reading. Thank God for net neutrality, or my buddies wouldn’t be able to read this bulls**t. Anyways, the roof rocks, the roof is glorious, people have started worshipping the roof, mothers are sacrificing their children at the altar of the roof good. “So high. So mighty” reads the stone engraving located at the base of the roof.

“They said we couldn’t build it, but we did anyway!” The inscription continues. “And that’s why we continue to do it. Because we can. And we have 15 million dollars.”