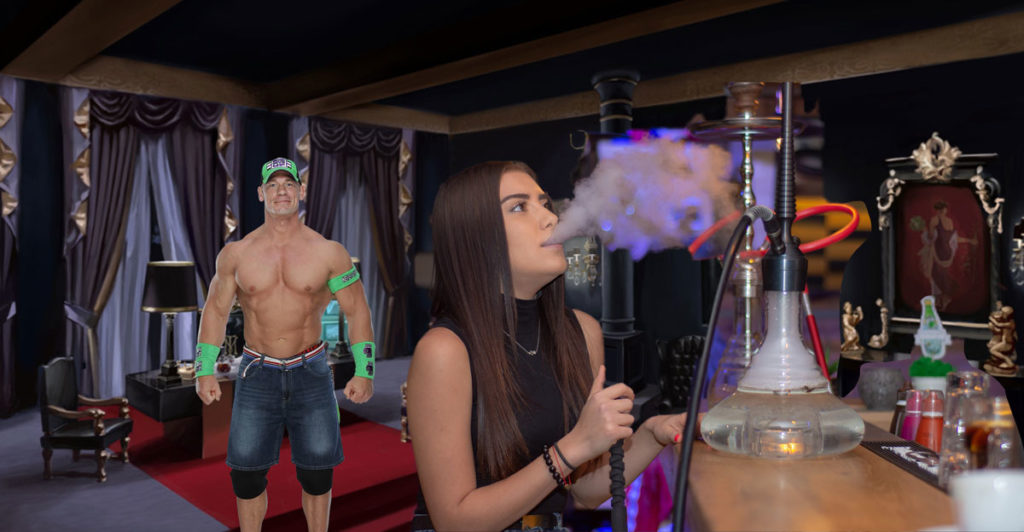 In lieu of the infamous Hulk Hogan beach bar, to fill the void in Tampa’s heart for wrestling-backed dining establishments, John Cena has stepped up to open up a Scarface themed hookah lounge.

The new establishment will provide patrons a comfortable atmosphere to smoke hookah while enjoying decor and original memorabilia from the 1983 film “Scarface.”

“I’m super exited to work here,” says Brawndo, an ex-wrestler, turned part-time bouncer. “I love Cena, I love wrestling, Scarface is awesome, Hookah is sick, this just feels like Tampa, and it feels like my kind of people.”

The new venue won’t be far from Hulk Hogans old location, however you will need to drive down a really long one-way road around a cul-de-sac that leads to a gate you need a code to. It’s like one of those gated neighborhoods where your friend who lives there always takes a while to text you back so you call him and he doesn’t pick up and it’s like, “How is he not picking up, he knows I’m coming?” Then eventually he runs out and is like, “Dude, sorry I was in the shower!” But he’s not wet.

Cena is expected to make appearances as Hulk used to do with his establishment, however Cena will offer special VIP treatment where for the cost of 50% of your total tab, Cena will provide you with a Five Knuckle Shuffle and an Attitude Adjustment. Cena hopes to give patrons a chance to feel like part of the WWE universe and experience the action firsthand.

The lounge will be receiving original props from the Scarface motion-picture, including the machine-gun, RPG-launcher combo weapon that Tony uses at the end of the movie during his famous line, “Say hi to my tiny buddy.” There will also be giant bags of cocaine used as bean bag chairs guests will be able to relax in while indulging in the traditional Persian smoking delight of hookah.

In honor of its WWE roots, the hookah lounge will also have an authentic “WWE Heavyweight Championship Title” replica belt. The lounge will pit tables against each other to see which table “smokes the most hookah” in an attempt to win the belt for the evening.

We reached out to the man himself, however Cena refused to comment as his publicist said, “None of this information is accurate. He’s not opening a hookah lounge. This is fake news.”