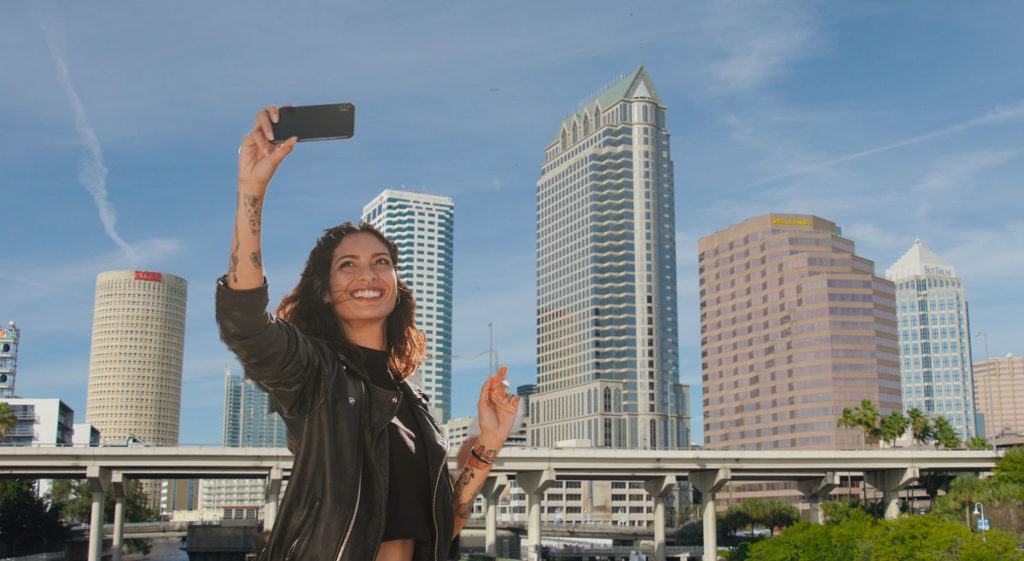 In an effort to get more Tampaños excited about local government and city planning, Tampa’s newest program hopes to improve Tampa’s online reputation, one paid positive post at a time.

From now until September, people who tag the Tampa government social media on their positive images of Tampa will receive a tax-free check for $28.

“We ran the calculations and our social media people are telling us it’s a pretty good deal on the return per post,” says Tampa government treasury Sobrianna Merengue. “I know I look young so I get mistaken for one of you millennials all the time, but I don’t know how any of that social media stuff works.”

Merengue takes out her phone and flimsily swings it around while talking, “I swear, this thing beeps, I yell at it and it’s stupid. I miss staying up all night talking on a phone that was tethered to a base in a dedicated phone room at my parents house.”

As part of the program, the city will be hosting a number of photo opportunities with some of city halls hottest employees.

“Workplace sexual harassment is unacceptable,” says Tampa City Inspection Manager, Phil Winkly. “But if we show the kids now that some of the chicks that work here are hot, they might want to get into this incredibly hard but rewarding work.”

Winkly, a Tampa native moved away for many years during his early 20’s and moved back after growing tired of the northern weather. His father is well connected and got Winkly a secure government position.

“I realized everywhere else sucks and I might as well live as cheap and close to the beach as possible,” Winkly offers me a PBR from the cooler he was sitting on, I decline and watch as he takes his keys, pops a hole on the side, shotguns an entire beer and continues his train of thought, “It’s a bit of a drive but we’ve got some cool stuff down here now, and I want to make sure that if I have kids, that they would want to stay here too.”

Winkly popped a hole on the side of the beer he offered me, shotgunned it and threw both empty beer cans on the ground before letting out a big belch. “It’s going to be tough for these kids when they graduate, especially the ones in this auditorium.”

Winkly wiped his face with the sleeve of his jacket before adjusting his shirt and walking out from the side of the stage we were on to address a large school assembly.

After his speech I talked to some kids about whether they will be taking advantage of the city’s efforts to engage them on social media.

“All I post on my social media are Naruto memes,” says local teen Ebeius Polyurthune. “I hate Tampa but I am saving up for a Naruto head band so I might take some selfies with my mom when we go to the renaissance festival.”

Polyurthune got aggressively awkward, “I’m excluding showing it to all the kids at school though, I don’t want them to Snapchat mean things about me again.”

Citizens who would like to take part in the promotion are encouraged to use the hashtag #ReasonILiveInTampa.