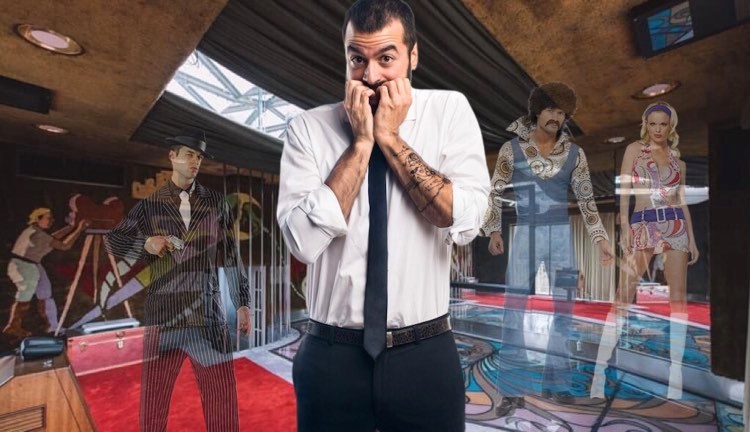 In a desperate attempt to draw attention, a struggling Ybor City nightclub has announced that it’s haunted.

Up Down Etc, which opened last May has so far been utterly unable to catch on with clubgoers in the popular and highly competitive party district.

“Okay, so maybe buying a nightclub in Ybor City during the pandemic wasn’t the best business decision. Or buying one at all, ever, with no experience running a nightclub. Or owning and operating any kind of business whatsoever with no experience whatsoever. Maybe this is what happens when you make a series of poorly informed decisions. But still, that shouldn’t mean I deserve to fail. I’ve tried theme nights, drink specials, a full-service dinner menu and all kinds of promotional ideas and nothing seems to work”, said owner Philip dePedro. “Well, guess what? Now the club is haunted.”

He explained, “I looked at the history of Ybor, with its ties to the mafia and all kinds of shady activity over the years. There are ghosts all over the place and most buildings up and down 7th Avenue are haunted. People love that shit. So hey, yeah, this place too!”

“This was a disco back in the 70s”, he added. “The odds that at least a couple of people OD’d and died in here are pretty high.”

“Yeah, that place sucks. Weak, expensive drinks and they charge a cover for karaoke night”, said frequent clubgoer Joey Fizzz. “Who pays to do karaoke? Nobody. So who goes there? Exactly.”

When asked for verifiable examples of paranormal activity, dePedro cited that the air conditioning doesn’t always work, the toilets back up frequently and that there are several electrical outlets that produce smoke anytime things are plugged into them.

“Sometimes waste water seeps out of the ceiling”, he said. “If you think that isn’t scary as hell, you’re wrong.”

He also mentioned that actual demons have been seen in the building. “Mostly in the kitchen. They scamper around and get into any food items that aren’t stored properly.” It was suggested that might be rats and he replied, “No. Demons.”

Fizzz said, “Haunted, eh? Now if that’s true, I might give it another try some time. I like stuff like that. Maybe I’ll pop in before heading over to The Castle this Friday night.”

“Yes, please!”, said dePedro. “Come on down and check out our spooky as hell, haunted-ass club. No cover on Tuesdays! Karaoke every Wednesday!”

← Kennedy memorial statue shot in the headLazy river replaces I-4 →