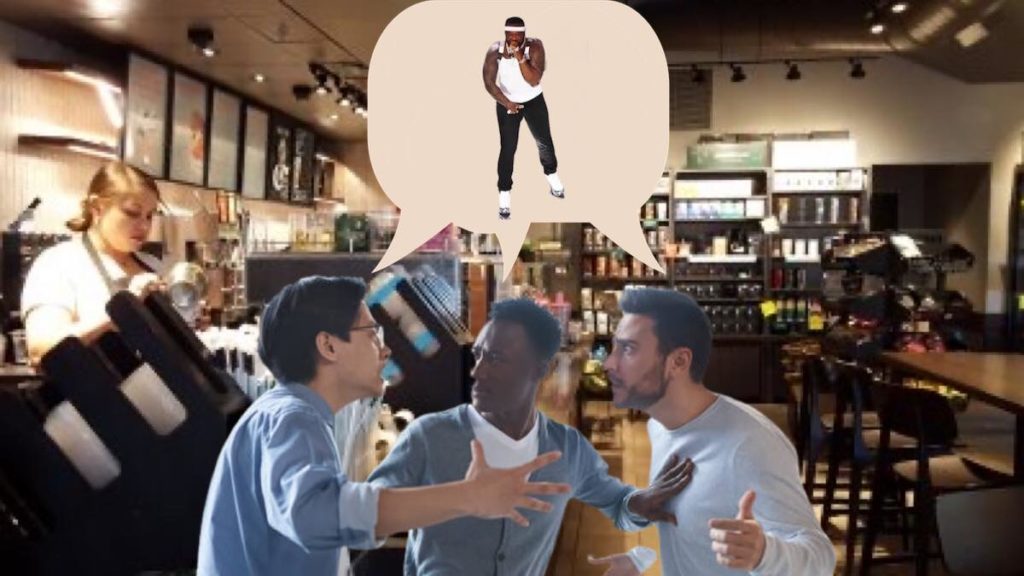 Three of Tampa Bay’s best up-and-coming humorists have reached an impasse over what is officially the best “50 Cent is fat” joke.

The Tampa Bay comics, Mike Hurrl, Fooly Joe and Tyler Tylerson met at a local coffee shop to determine which of the variations on the one joke everyone is telling is officially the best. Together, the esteemed panel has nearly 13 months of combined open mic experience.

“First of all, it’s my joke. I came up with it first. So any variations on it are joke thievery and unauthorized. Let’s get that straight right up front,” said Hurrl.

“You know that isn’t true,” challenged Tylerson, immediately establishing a conflict. “Unless you were on Twitter the second he appeared on screen, there’s no way.”

“Dude, I told you I live-Tweet the Super Bowl halftime show every year. I’ve been doing it for the last two years and everybody knows it!” replied Hurrl in defense.

“Nobody knows that; you have 36 followers!” interjected Fooly Joe.

Putting aside the debate over Hurrl’s social media influence, the group began discussing the joke itself…

After 45 minutes of similar circular bickering, the group remained hopelessly deadlocked and imposed sanctions on each other in the form of not participating in one another’s individual podcasts.

All three, among others, will be performing their favorite iteration of this one joke at open mics for the foreseeable future.

← Dr. Strange and the Multiverse of Madness to Feature Drake Bell’s Dragonfly Character from Superhero MovieJoe Rogan to Lecture on Quantum Physics at USF →