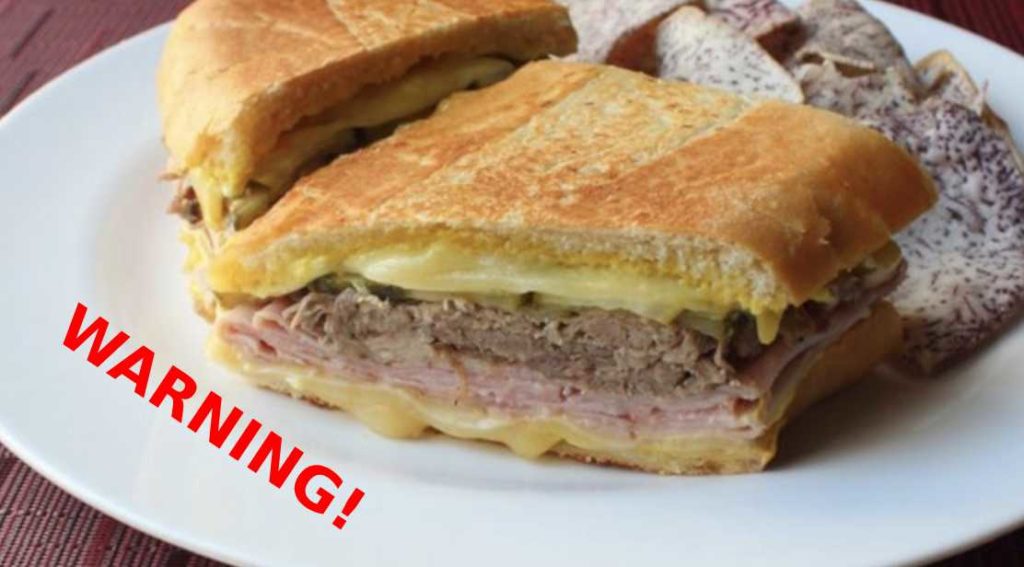 In a disturbing twist of events, it’s been discovered that a local eatery in Ybor City has “accidentally” been serving cuban sandwiches made with human meat.

“It’s a funny story,” says Red Crocker, line-cook for the business which prefers to remain unnamed. “We order all our meat from Petey’s Meats, at 665 Riverview Road. Well, silly me!” Red slaps his forehead, “I made an order of 65 lbs of Grade A beef from 664 Riverview Road, which turns out to be Petey’s Morgue! Totally unrelated business!”

Why Petey’s Morgue actually went through with the order is in question as well. “Yea, we got the order for the meat and I thought, ‘this can’t be right.’” Says Pete Mayorga, unrelated to Pete Mayinga, owner of Petey’s Meats. “I know that a local elementary school was going to be in contact with me over some flesh samples they would be using in class, I just assumed this was that order.” He chops down his butcher knife to stick in a wooden block. “It was a request for ‘Grade A’ beef,’ I assumed they meant like, ‘beef that would get kids A’s on their school projects.’” Pete shrugs, then gets back to filing paper work. “Honest mistake.”

After investigating the sandwich shop, it appears that many residents were probably subjected to the human sandwiches, however none seem to be too startled. “I figured they just upgraded to some free-range vegan-meat or something.” Says Dan Patrón, local patron of the unnamed sandwich shop. “Me and my buddies were coming even more than normal to get a taste of this sweet new meat, and when I found out it was human I was upset for a second.” Dan pauses to reflect. “But then I was like, ‘screw it! Meats, meat! And I wanna ‘meet’ some more of that meat!” Dan winks and laughs at his own pun.

Outside the shop we see the local boot-licker sitting under the front awning. “They knew what they were serving!” He says as he spills liquid from his brown-bagged tall-boy. “If you show up past midnight with a live flamingo and 3 lbs of Tobacco, they’ll give you a cuman sandwich! I seen it!” Just then a man with fine cowboy boots walks past and the boot-licker abruptly ends the interview to beg the man to lick his boots.

It’s unsure if any legal repercussions will come to the sandwich shop due to the incidental circumstances, however the city of Tampa is urging residents to NOT try to copy the recipe they tasted, regardless of how fierce their cravings are.