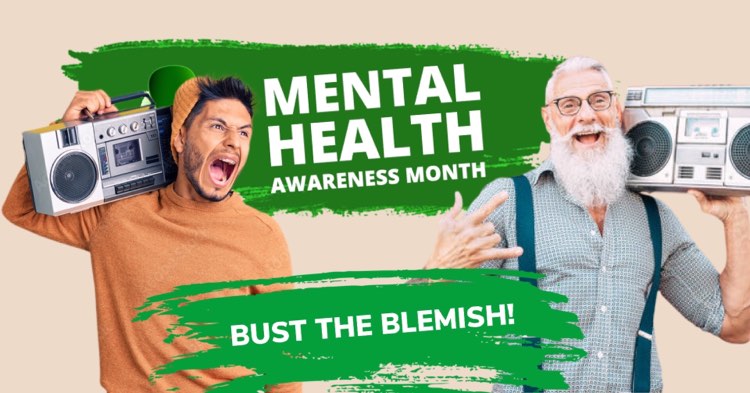 A popular local FM radio station that generates most of its content from the self-defined “crazy” behavior exhibited in news stories from the general public, as well as their own on-air staff, has announced plans to spend part of one Saturday later this month treating mental health as if it’s a serious issue.

“105.2 The Goob wants to help Bust The Blemish around mental health & recovery – as it continues to be a serious problem when there’s a mass shooting or if a celebrity commits suicide,” said Crummo, co-host of the Crummo and Spooge Morning Nut Farm Show.

“May is Mental Health Awareness month and we’re building awareness and understanding of Mental Health, and the link with substance abuse and addiction,” said his partner Spooge. “We came up with the idea on 4/20. Puff, puff, pass the tranylcypromine! Ha ha!”

“Join us Saturday, May 14th at 8:30am at MacDinton’s in SoHo for a free yoga session honoring those currently battling mental health issues, and for those who are looking for the courage to take the first step,” said Crummo. “Immediately followed by our annual Kill The Keg Koncert Jam!”

“The whole Nut Farm crew will be there; me, Crummo, Jewy Jeff, Harsh Andy, Black Ron, Blacker Ron and Cheryl The C-Word,” added Spooge. “Whether it’s for yourself or a loved one… join us and help Bust The Blemish. You don’t wanna miss it because there’s no way to know what will happen when this mentally deranged, especially as manifested in a wild or aggressive way, group gets together!”

“But yeah, obviously if you’re struggling with some stuff, get some help or whatever.”