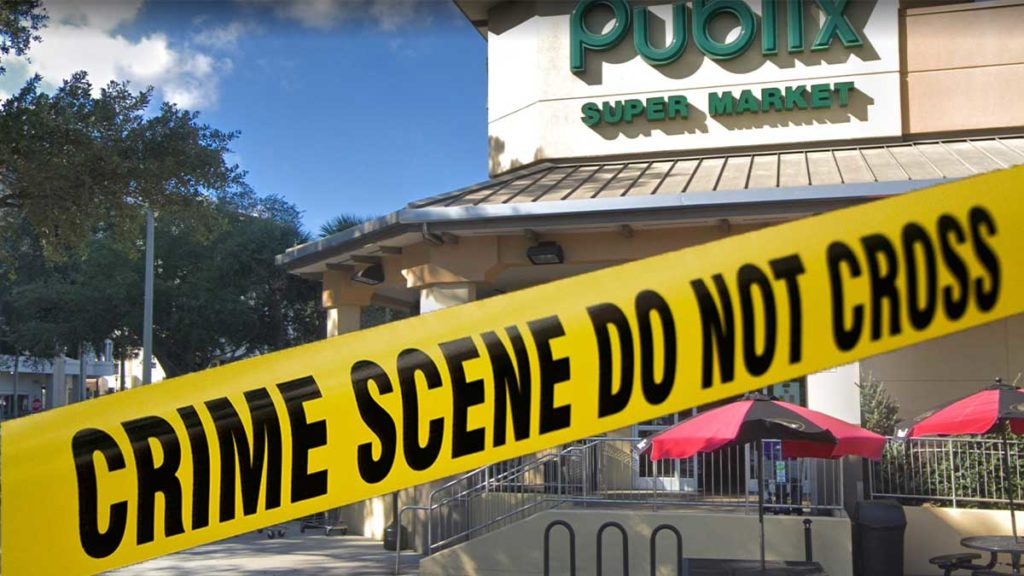 An eight-year-old is in custody after allegedly stabbing Dodger McGavins while he waited in the checkout line of his local Publix today.

“That man was wearing a ‘Make American Great Again’ (MAGA) hat, but he was wearing it ironically and with a shirt that said ‘Lock Him Up!'” Said the child, whose name is being withheld due to being a minor.

The child is part of a pro-Trump street gang who call themselves the Illegal Proud Boys, or I.PB. for short.

The gang’s activity has been linked to dozens of alleged crimes such as arson, robbery and a string of seemingly random grocery store wait line stabbings.

Senator Rick Scott condemned the attacks during a press conference at an empty warehouse outside of Downtown St. Petersburg. “Thanks for joining me, I know that it is late for everyone right now, but my body is actually powered by the moonlight.”

Scott then began to cough very hard. He puked up a bunch of blood and bird feathers before continuing, “This I.P.B. gang is not a secret group of illegal immigrant children that escaped from one of my indoctrination camps.”

Scott then brought out a group of illegal immigrant children and said, “As you can see my illegal children, the one’s that were given to me personally by my good friend President Donald Trump, are well taken care of and not out there committing crimes against people who hate our President.”

The children then began begging for food and water, some cried out for their parents, but Scott smacked one of them in the mouth, causing them all to quiet down.

Suddenly a pickup truck with some cages drifted into the warehouse and stopped next to the stage.

Senator Scott then wished everyone a happy halloween and turned into a bat before flying away.