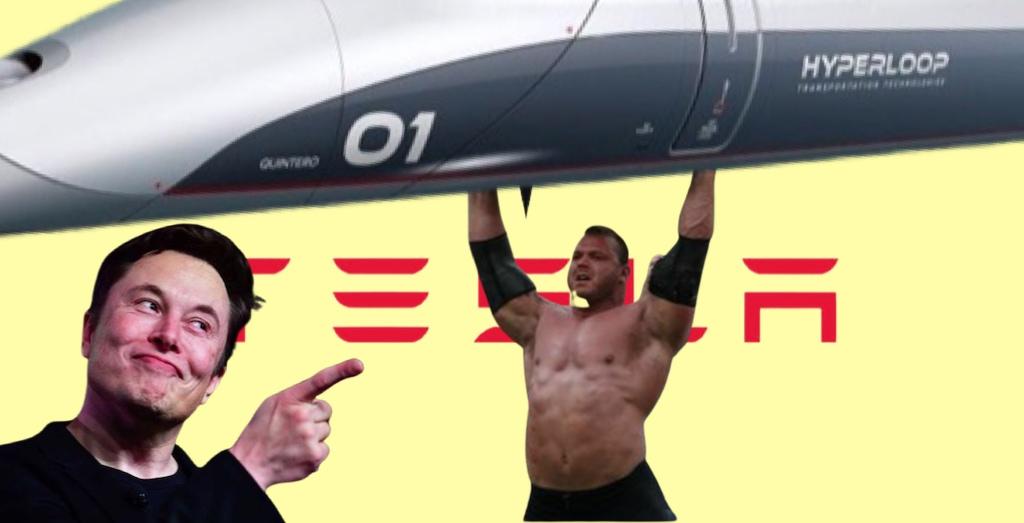 “I used my retard strength.” Said Reggie Tardo, a Ruskin man who wandered onto Tesla’s hyper loop track and lifted a train.

“Retard is a word I made by combining my names Reggie and Tardo, have you ever heard that before?” Tardo asked me.

The official police report states that Reggie wandered onto the tracks and saw something shiny he liked under the bottom of the Tesla concept train car, so he lifted the train, to see the shiny thing, which turned out to be more tracks.

“I didn’t know I was that strong.” Tardo said, patting me on the shoulder, dislocating my joints.

“That’s amazing Reggie, good for you!” I said back to him.

There will be no charges brought against Mr. Tardo, because Tesla feels bad that they didn’t secure their test facility border better, so they are taking the blame for the incident.

“First I create the neural link and put it in pigs and now a differently-abled man infiltrated my facility and potentially destroyed my $30 billion prototype.” Musk sighed.

“Oh well, at least it’s been funded by your taxes and there’s nothing you can do about it.” He laughed as he remembered he would face no consequences for his lack of precautions.

Then musk tap danced and let me critique him on his newest stage production he had been experimenting with.

“I want it to feel like Hamilton, but better.” Said Musk excitedly while I sat on the couch and watched him warm up in front of me.

Then Elon Musk freestyle-rapped a science-fiction rock-opera about a monorail system on Mars, which functioned with magnets and also was able to dodge incoming comets in real-time because apparently there’s an intense comet issue with life associated on Mars, and he performed this all while carefully lighting his juggling pins on fire and balancing a glass of water on his chin, that he flipped with his chin and drank at the end of the act.

Mr. Tardo and I agreed that it was a very well crafted act, however it would not benefit humanity in the long run. So we helped him restructure the song and dance numbers for his stunt-filled musical, and we all came up with something that we were all very proud of.

Future information on when our experimental live art project will be debuting.