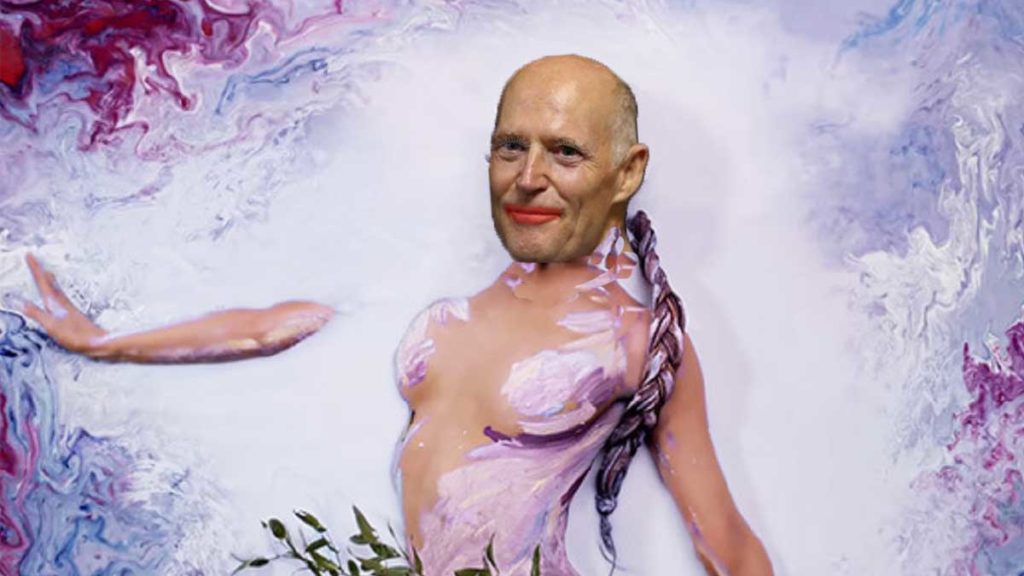 Florida Senator Rick Scott spent much of his football Sunday fielding questions from reporters about a wild, unverified claim that the Senator was in fact, born a woman.

“I was not born a woman,” said Scott while chatting with me through Facebook Portal. “But I do have a record of restricting their access to affordable health care and limiting their choices.” The Senator had his video portal device set up in the kitchen and I watched as he masterfully sliced some chicken wings, seasoned them and placed them in the oven.

After washing his hands, the Senator sat down closer to the camera, poured himself a large glass of wine, pulled out a pack of Virginia Slims from his apron, whipped out a cigarette and asked me for a light.

“We’re chatting through Facebook Portal silly,” I said to the Senator playfully.

The Senator laughed much harder than I wanted him to and went to search for a lighter.

I was also in my kitchen trying to imitate his chicken wing baking skills, but I got mad and tossed everything in the trash when it didn’t come out how I wanted.

The Senator returned and asked me how my wings were going.

“Don’t be sad, you can have some of mine,” the Senator said earnestly, confusing the Facebook Portal with an actual portal where we could share things through once again.

“You know I would want nothing more than to get down on some wings with you Ricky Scotty,” I said, “But you can let me know if you were born a woman.”

Senator Scott then got really mad and tried to punch me through the Facebook Portal, breaking his screen and ending our video feed in the process.