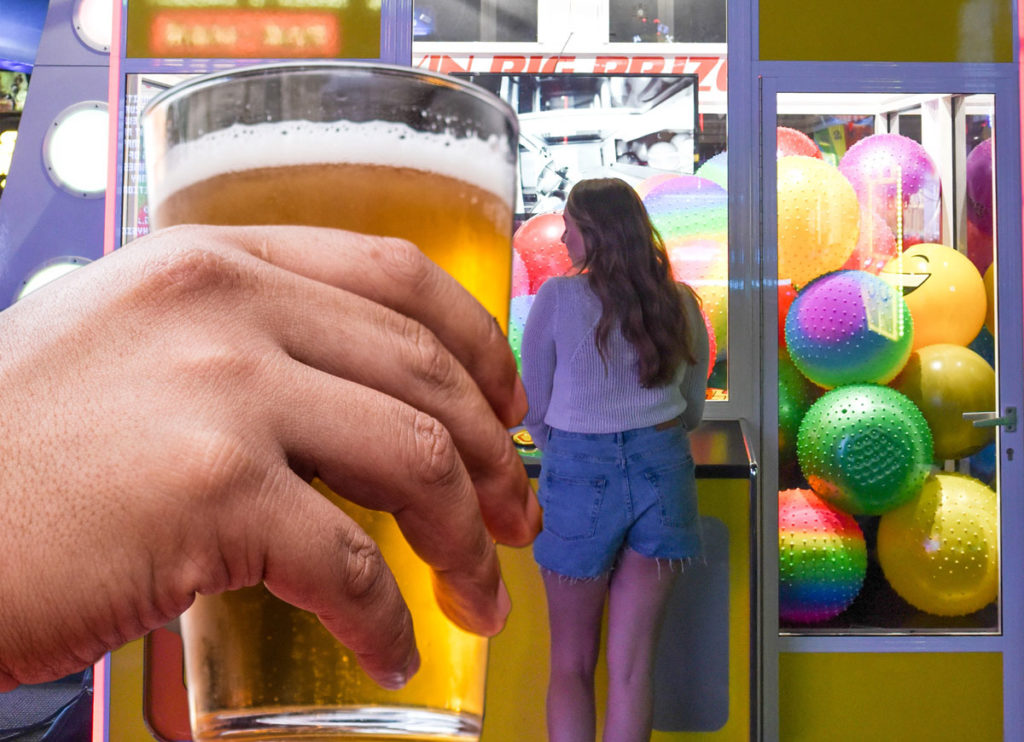 To compete with the Gen X bar phenomena, a new millennial themed bar has opened, featuring various items from the childhood of a millennial.

The bar has only been open for three days now, and it’s been completely packed for absolutely no reason. “It does have neon lights though,” points out Craig Dagger, the bar manager for Millennial Bar.  “We’ve got bright neon lights and cool bar stools!” He looked at the bar stools. “Also, we can put live filters on you, where we project an altered image over your body, so you can hit on someone, but also look really hot.” Craig gave me a thumbs up and then high fived my handshake.

Millennial Bar is located smack-dab (which is one of the drink names) in the middle of downtown, in the business district, right by hotel row. It’s already been ranked on Tampa News Force Favorites as #5 on the best millennial bars list.

Not to be outdone, the original founders of the Gen X bar are in the process of opening a boomer bar, featuring things from the baby boomer generation including telephones, a radio and one TV. Also, Saki bombs!

Boomer bar is expected to gross $250k in Q1, assuming the market holds. A bar crawl is being planned on Reddit to visit all three time-themed bars and have blasts from numerous pasts, which you can learn more about, at each of the venues. Even though one of the venues has different owners than the other two, they set aside their differences for bar crawls. They know it’s where the cash comes in. Festivals, gimmicks, whatever gets the dough on the flo’ as they say at Boomer Bar.

Millennial Bar is open from 4 to whenever it wants, on Mondays-who cares? The attitude of the bar has drawn in many guests for some reason nobody can really figure out. Attraction to optimistic dumb youth I guess, right? Fresh faces! Just kidding. Oh shit, my manager at Outback just walked in, I gotta get back to cooking lava cakes.