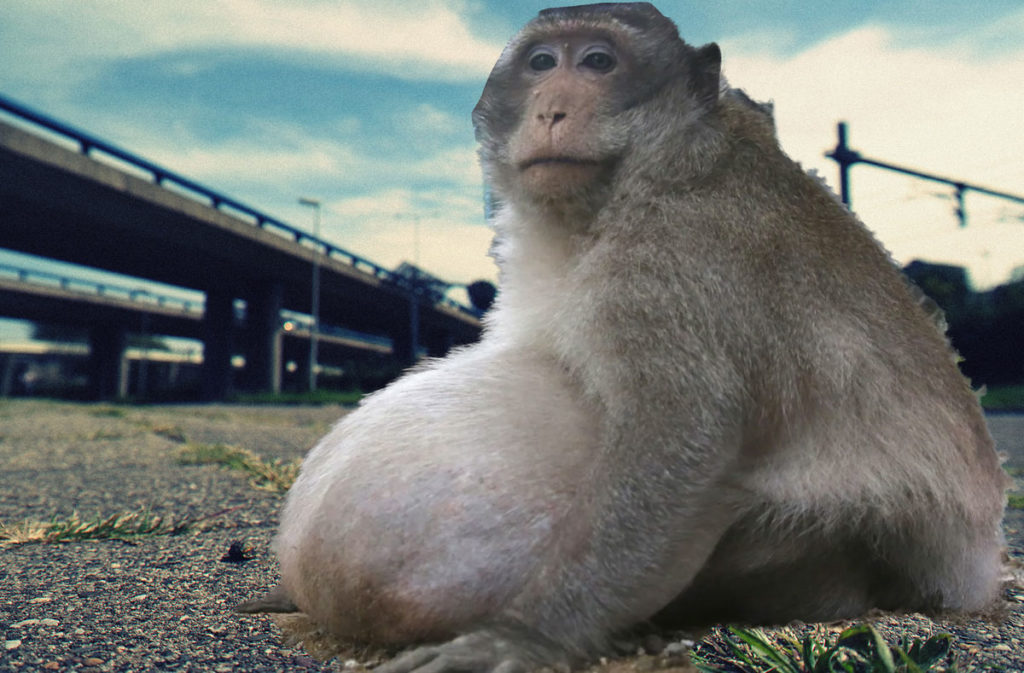 Animal control experts have announced the recent capture of an 80-pound macaque monkey that has evaded expert trappers in the Seminole Heights neighborhood since 2014.

“The monkey wasn’t that big when we lost him,” says Tampa Zoo monkey handler Deliais McSkeets about “Eddie” the missing monkey. Most macaques typically weigh 20lb and can live many years in captivity, requiring only numerous diaper changes throughout the day if kept as a pet.

“You’d expect a monkey that fat to be an easy catch,” McSkeets says as he lights up a 305 menthol cigarette. “But that was harder than convincing my girl to watch that movie Mortal Engines with me.”

McSkeets takes a drag from his cigarette and blows it in my face, “I mean yeah the story is a little disjointed and it got a little long, but man the visuals were crazy.”

Following the Tampa Zoo’s recent decision to replace all their animals with strippers, zoo officials hope to rehabilitate Eddie and release him back into the neighborhood.

“We believe Eddie has gotten used to the environment,” says local Tampa Zoo monkey science specialists Brenda Whilles. “He must have learned all the patterns for when the coast was clear to sneak into the garbage of the restaurants along the river.”

Whilles is in charge of training Eddie to separate the bad unedible garbage from the good and still edible garbage.

“We can’t exactly introduce this monkey back into the wild,” says Whilles as she borrows McSkeets cigarette, takes a drag and blows the smoke in my face. “But if we teach it how to dumpster dive properly, he might have a shot at giving this community something cool talk about again.”

← Tampa News Force and Johnny B from 102.5 The Bone St. Patricks Day at the Tampa ImprovChaos erupts four months after Harbor/Davis Islands secede from U.S. →