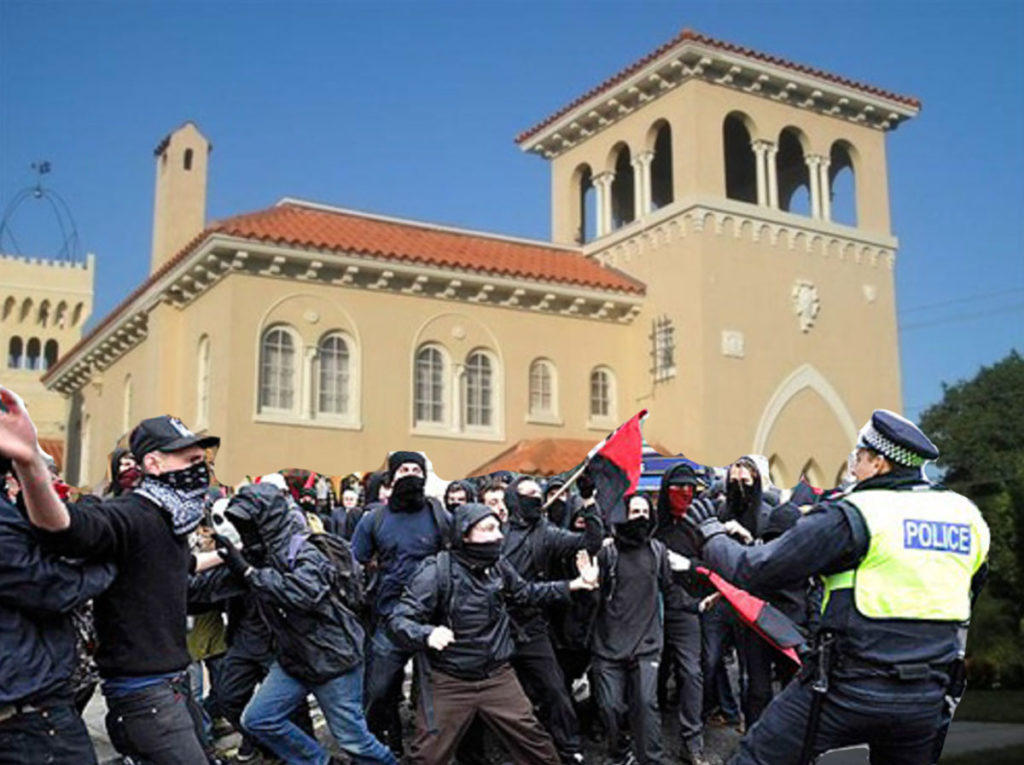 Four months after Harbor and Davis Islands officially seceded  from the United States, chaos has erupted amongst both the islands. “Water and food supplies are low,” Says Davis Island Cheiftan, Earl Kensington. “At first we thought, we’ve already got a hospital, we get uber eats and post mates enough, there’s a couple restaurants, why do we need to be part of the U.S. and pay taxes? We don’t need to pay for those freeloaders!” Earl smacks his neck to reveal a giant dead mosquito.

I take my kayak back to mainland. It’s illegal for U.S. citizens to go to Harbor or Davis Island without paying an immense traveling fee, all an attempt to humiliate the former Tampanian islands for their stupid mistake.

I give the local White House Spokesperson a call. A woman named “Cindy” picks up the phone.

“Hi I’m Cindy what can I do you for?” I can tell she’s chewing gum.

“Is there a White House spokesperson in my region I can talk to?”

“Sure.” She says. “Hold on one moment.” A loud click noise is followed by some soft elevator music, it sounds like a piano cover of a Lynrd-skynrd song.

“Hello, what do you want.” It’s an angry mans voice which sounds like it’s being transcoded by an old AM radio.

“Sorry to bother you sir, I was just wondering, what the official stance of the White House was on the current drama on the former U.S. territories of Harbor and Davis Islands?”

“It’s not the first time someone in-house has tried this bulls**t.” He says. “They think ‘we don’t need them, we can do it on our own,’ they can’t. They don’t. There’s a reason we’re the greatest country in the world.” A loud explosion noise is heard and the call ends.

The U.S. imposed sanctions seemed to be the catalyst for the societal implosion on the islands. Once they were no longer wealthy and needed to rely on a barter-system economy, and a service-based way of life, all hell broke loose on the islands.

A guy punched a guy in the face really hard. One guy was like, “Wow did you see that guy get punched in the face! This town’s really changed!” It was all very reportedly tragic.

An agreement is expected to be reached between the islands and the United States, absorbing them once again making them U.S. territories, and the sanctions will be lifted.

However, the members of Davis Island have to first admit that, “Florida is better than the north, and there’s a reason you have a house down here, and it’s because we’re better.” Some Harbor/Davis Islanders may hold out.