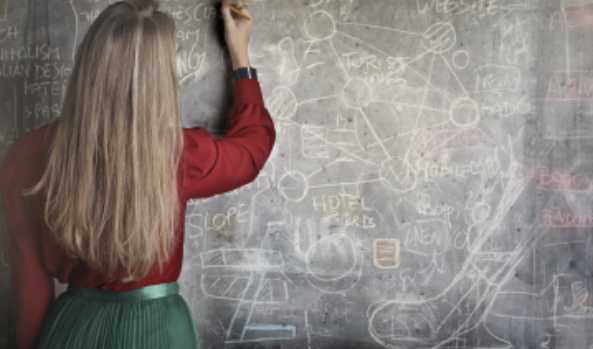 A millennium-long study on the value of human life out of the University of Go Hurt Yourself has released its findings, and the conclusive evidence has proven that all lives, do not in fact, matter. By measuring one’s social and financial contributions, cross-referenced with humanitarian interaction and the generality of positive and negative in the lives of the general population, it’s been concluded that not only do all lives not matter, but the least valuable lives, are the ones of people who have been posting the phrase “all lives matter.”

“What started with the basic inspection of needs and contributions by individuals from the beginning of recorded human history, we’ve come to a clear determination, that people who feel the need to proclaim the phrase ‘all lives matter’ are actually the least valuable lives that have ever existed in the history of the world.” Said Dr. Yourstillreadingthis.

“In all categories of humanity, these people have scored the lowest in every single aspect. Likeability, understanding, compassion, happiness, stability, Mario Kart skill, these people who feel the need to counter act meaningful protests have scientifically proven that they are, indeed, douche-nozzles.” Dr. Yourstillreadingthis continued.

“Whereas most lives matter in at least a small fraction of the sense, anti-humanitarians who value materials over human lives are categorically counter-productive to human progress.”

While powerful statements, Dr. Yourstillreadingthis was killed shortly after publishing his findings, by a group of “All Lives Matter” protestors.

“I didn’t like what he said so I killed him.” Said a man wearing an “all lives matter” t-shirt and openly oppressive tattoos.

“My dad opened that Amscot when I was a child, and when I saw protestors destroy it, even though my dad ended up making more money off of the insurance for the building than the business ever made, I still remember eating Tootsie Rolls in that building as a child so it carried sentimental value to me that I can never get back just because an entire race has been violently murdered by our police force since the abolishment of their enslavement.”

Then the man pointed the rifle he was open-carrying at my forehead.

“If you try to take this from me I will kill you and everyone you love, because the constitution specifically says that I deserve to own this high-powered, technological, instant killing device, and that I can fill my house with them and let my 2-year-old play with one when he’s out in the backyard because he’s going to grow up to be a man one day, even though he’s technically a she, but I ain’t raising no bitch, so my little girl is a little boy as long as she lives under my roof, and a black kid made fun of me once in kindergarten in the cafeteria so I’m going to be racist my entire life-“ The mans eyes suddenly fixated into a million-mile stare as if he was experiencing some sort of flashback or epiphany. He began crying and dropped to his knees.

“I don’t know why I’m like this! The system made me this way! It’s not fair!” He began screaming.

“The system made me fear other races and my grandparents were racist and I couldn’t talk back to them or they’d hit me so I’d just do whatever they said!” He cried and screamed harder.

“I don’t want to be this way but all my friends are and I’m not capable of admitting that I’ve basically lived my entire life wrong!” His head splits open and a tiny read demon with horns and wings breaks through his cracked skull, his lifeless body dropping to the ground.

“I’ve lived in this body for 47 years!” The demon shrieked.

“You can never stop evil, wherever there is good, there will be evil, that is the nature of balance!” The demon laughed.

“And while you can try as hard as you want to inspire good in the world, we will be working equally as hard to cultivate hate and destroy the good in the world!” The demon grows ten times in size and is now twenty feet tall and gaining muscle mass.

Suddenly the clouds glow bright and God comes down.

“And I can’t kill you either.” The demon said.

They look at each other with a shared hate but respect.

“I work around the clock making sure people narrowly miss getting hit by trains or keeping plans engines from not exploding mid-air.” God said.

“But I can’t influence what man will do, I can only inspire, the same way as the demon.” He said.

“But I saw the demon inside the mans head before it exploded!” I shouted at God.

God shook his head and chuckled, as the giant demon still stood next to him brooding.

“The demon was in his head, but it was not controlling him, it was making suggestions to him that he chose to listen to. There used to be an angel in his head as well, but eventually he drowned it out, and when that happens the angel can die and disappear, leaving only the demon.” God said.

“That’s not true, I was controlling him the whole time!” The demon shouted in my face.

“That’s what evil does, it lies, it does anything it can to make you believe that it’s in control and that there are no other alternatives.”

The demon lets out a deafening screech which echoes all throughout the city forcing me to cover my ears and cringe.

When I opened my eyes God was gone however the demon was still standing in front of me, and had grown even larger and stronger.

“Now I’m going to make you do my bidding!” The demon squealed as it quickly transformed into a stream of smoke which began funneling into my ear.

“No!” I screamed as the demon laughed.

The smoke disappeared into my head, and I could hear the demons voice now clearly in my head as if it was my own conscious.

“This can’t be happening!” I continued to scream, the demon’s laughing growing louder and more piercing.

There was no response.

Suddenly the demon appeared in front of me,

“Jesus Christ kid, that’s what’s going on in your head?” He confusedly exclaimed.

“I spent two seconds in there and it was absolute nonsense, how can anybody function with that?” The demon said.

“It’s like driving a million miles an hour down a technicolor highway in there, I can’t do anything with that.” Said the demon.

“Yea, I don’t think you really need to worry about this stuff.” The demon said casually, now taking a bite out of an apple.

“I think you’re beyond the kind of games we play with people.” The demon continued.

“Kind of like how some people in Star Wars are immune to Jedi tricks? That’s what your brain is kind of like. I mean honestly most people who are effected by our tricks are pretty dumb as it is, and if they’re not, we try really hard to use things in their life as examples for them to follow our suit, but you’re brain is like some sort of…” The demon is at a loss for words.

“I really don’t know how to explain it, but that was kind of sobering.” Said the demon.

Then the demon said some more stuff to me that in retrospect was extremely prevalent, however after he kind of insulted me I just sort of checked out mentally and began to tune out whatever he was saying, so I wish I could relay the messages of internal good and evil struggle he so effortlessly broke down and explained, but I forgot. Hope this helps!