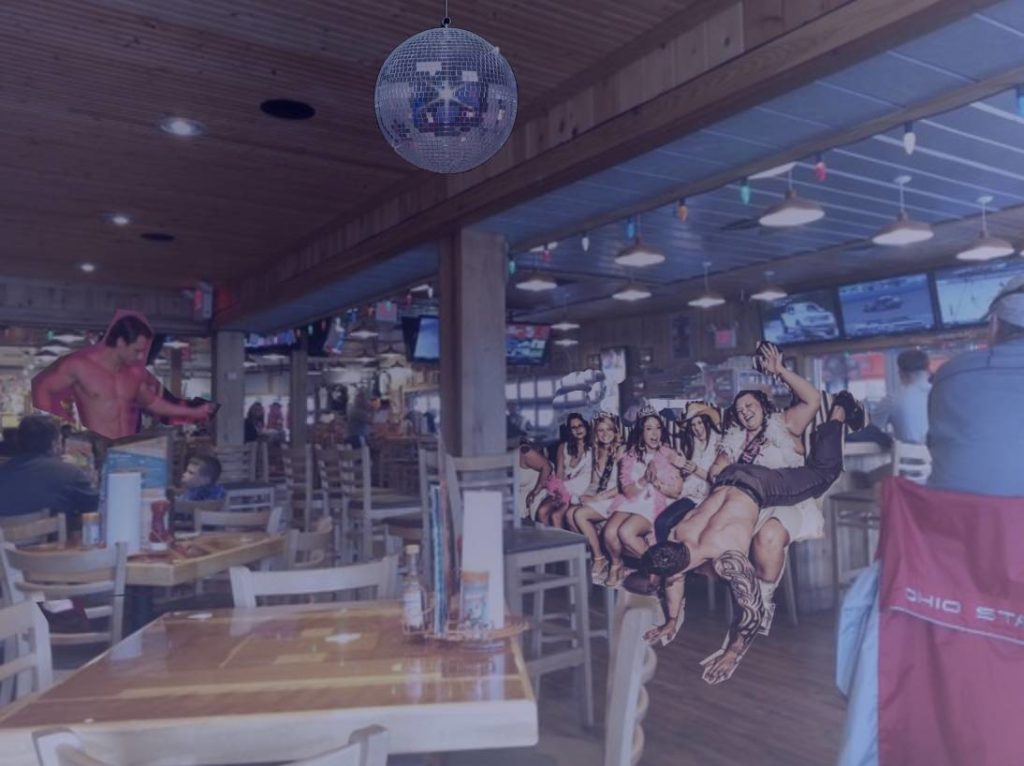 In a shocking move, Hooters corporate has announced that the original Hooters in Clearwater, will be turned into the first all-male strip club that serves food.

The change comes amongst a shift in millennial trends as attendance at conventional Hooters has dropped severely.

“They hired us to come up with a radical idea.” Says Teddy Benson, head of the restaurant developmental firm Sweet Eat Solutions. “We thought, ‘what could we possibly do that Hooters hasn’t thought of?’ I mean they’re such pioneers in the field of dining entertainment, they’ve truly revolutionized the way guys get horned up in public. And in front of their families of all things! Truly trailblazing stuff.” Teddy finishes the last bite of his burger then throws the Arby’s wrapper next to the trash can. “We figured, they’ve already done the whole ‘chick’ thing, what about dudes? That’s when it hit us. ‘NAKED MEN.’ Kids love it, moms love it, it’s Dad who we need to get on board, but as we’ve learned over the years, dad doesn’t really matter. It’s the family that matters.”

Mirrors and Disco balls have already started being installed in the Clearwater location, and patrons are excited for the change. “Do you know how many times I’ve had to watch my husband stare at a young girls breasts and just act like it’s ok?” Says Jannette Mosiah, a local mother of four. “He does the whole, ‘it’s my money so I decide where we eat’ thing and we just go along with it, because I don’t have the strength to leave him and I’m scared to talk back. But now. He’s going to have to watch me look at guys private parts. Or he might make us drive to the Hooters in Tampa. One of the Hooters over there.” She motions towards a general direction.

A formal name-change hasn’t been announced for the refurbished original location, as it’s currently just a test store, however names that have been floated around headquarters are, “Longys,” “Meaties,” “Rotten Hot Dog,” and “Brady O’ Beefs.”

“This kind of thing already exists in Japan and Thailand.” Says Benson as he digs through cigarette butts in the ashtray. “It just hasn’t been done in America. Not legally at least.”