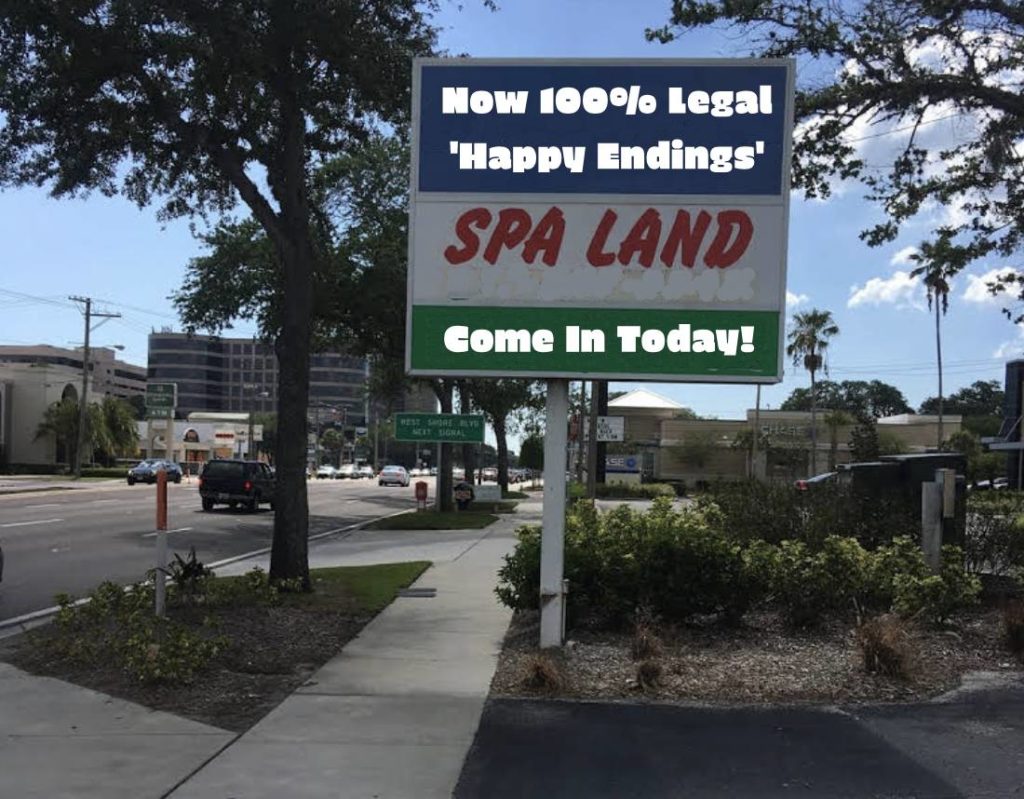 Tampa has officially become the first city in Florida to legalize “happy endings.”

“This news couldn’t have come at a better time.” Says unnamed business man. “I come down to Tampa twice a year to cheat on my wife and host an insurance sales convention, and I’ve always been worried, ‘maybe this is the time I get caught.’” His face suddenly lights up, “But now I’ve got nothing to worry about!” He skips down the road. “I love Tampa!” We hear off in the distance.

“We like it when people come to Tampa.” Says County Commissioner Chief Robert Weigel, with a reluctant enthusiasm. “Lets just say ‘come’ and ‘tampa’ will be 2 words you hear a lot down here now.” He looks around to make sure nobody sees him. “We know this stuff has been going on.” He says. “But what the heck could we do? Shut em down? You cut one head off it grows 2 more, no pun intended. By taxing it and making it legal, now we can help some people out. Just like the lottery helps the schools, maybe we could get some sort of ‘handys for candies’ deal where the kids get free candy from the money made off the ladies pleasuring men or something, I don’t know I’m just spitballin’.”

After paying $60 to get through the door, we were able to talk to one of the women who would now be legally giving happy endings. “I like Louis Vuitton purses and my family.” Says Mia Nushurts, local masseuse. “Can you guess my age? I like it when guys guess my age.” Mia, doesn’t seem too bothered by the law change.

Patrons will now be legally allowed to just flat out ask for “happy endings.” And not have to pretend it’s their first time in one of these places and have no idea how it works. The law doesn’t come into effect until early next week, but there’s already a line of tents around 3 local parlors.