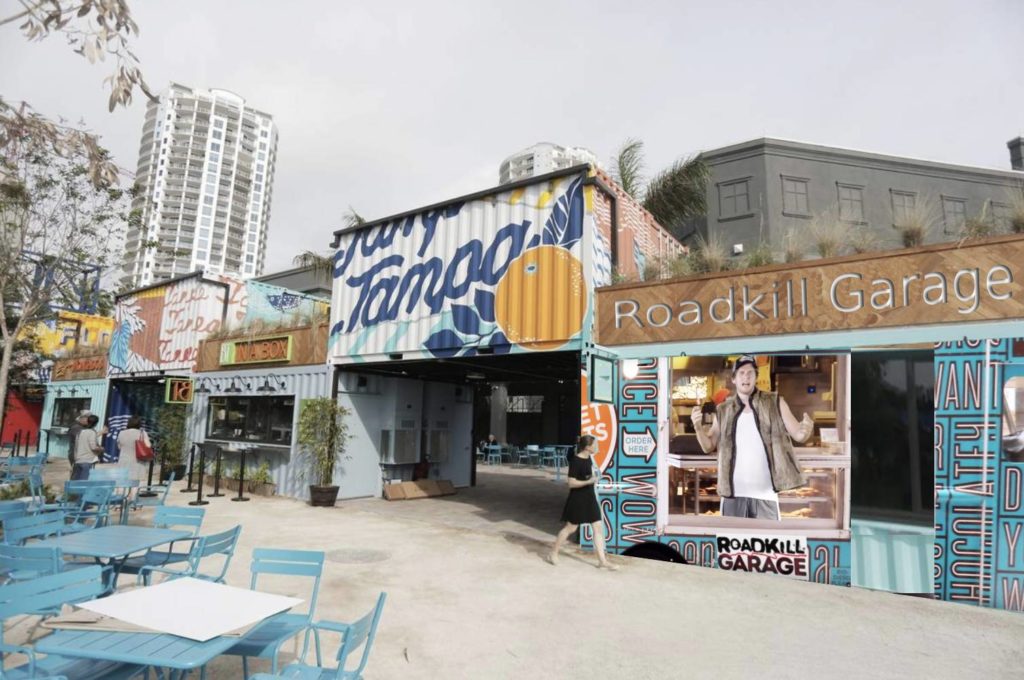 “Roadkill Garage” has been announced as the newest addition to Sparkman Wharf dining options at Channelside’s new development.

“We were 100% against this decision,” Says Channelside Development board member, Danielson Clay. “We do NOT want Roadkill Garage amongst our other vendors, it’s not a good look, it’s not what the people want…” Then Danielson took a deep breath, “But just like the founders of Tampa said themselves, ‘We need money.’ The food out of boxes thing hasn’t exactly been the cash-cow we hoped for so it’s time to let a little dead-cow-roadkill cash flow in.”

Since it’s inception, “Roadkill Garage” has been the most successful food truck in the history of food trucks due to it’s strict policy of %100 profits. This means, Bradley Lemons, founder of “Roadkill Garage.” Has never returned to the same place twice.

“Yea, having my house/business on wheels has made it super easy to scam people. I’m literally selling barely cooked roadkill, this is super illegal! I don’t know how I’m getting away with this.” Bradley leans a little further out of the front window of his food truck.

“To be honest with you. I’m really scared. I think me being stuck in one place is immediately going to backfire in my face and all the people who have been trying to find me to get refunds will now know where I am. And I won’t be able to run… But hey, this isn’t the first bad idea to come out of this place! Hopefully I can install a reverse-zipline up to my new apartment in the Water Street development and bounce out when things get too hairy!”

We tried to follow up with Bradley the next day, but his truck was gone. “He’ll be back. They always come back.” Says Danielson with his arms crossed staring into the distance.