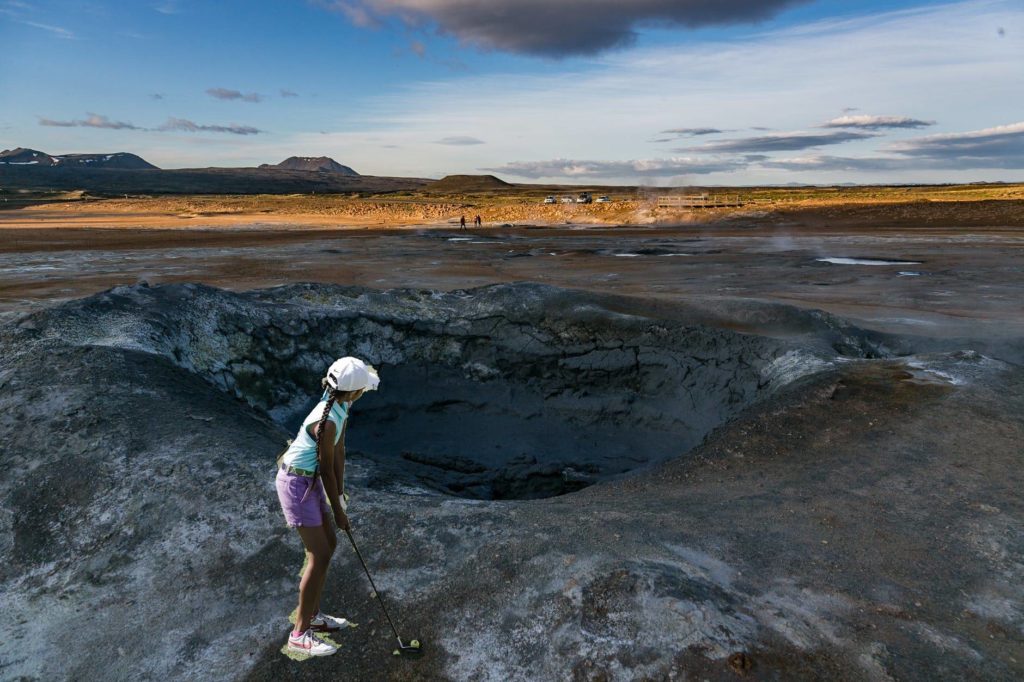 A series of sinkholes in Seffner have been repurposed into a new Top Golf facility, after the company bought the land two years ago.

“We saw on the news a view of the sinkholes from the sky, and it looked exactly like the lay out of one of our popular Top Golf locations, and we thought, ‘well it looks like mother nature just saved us some work. Let’s get this thing.’” Said regional publications officer of Top Golf, Gaulf Klub.

“The formation and depth of the sinkholes are exactly what we dig anyway, so despite advice from financial economists, we built a Top Golf in Seffner!” Klub said.

The new franchise features all of the popular amenities of any other Top Golf, however there are strict rules about weight restrictions on each level, due to the fragility of the ground the course is built on.

“We can’t have over 5,000 pounds on the top floor.” Said manager of the new location, Paching Wedge.

“At any moment a new sinkhole could be ripped open, this is a very unstable place, I grew up right down the street, we absolutely could not believe when Top Golf decided to build on this land, we were nervous the whole time watching the construction crew, we said prayers every day.” Wedge said.

When I asked her why she would take a job at a location she did not feel safe in she said, “It’s either here or the Winn Dixie down the road, this is the most exciting place in town, not only because of the golf, but also because we could be swallowed into the depths below at any moment. It’s either live a life of boredom, or extreme excitement working here. I choose to feel alive!” Then Wedge did a backflip and one of her heels got stuck in a wet patch of grass by the entrance.

“That happens here a lot. I think I saw a dog get swallowed whole by the ground yesterday. Try not to step on any patch with tall grass, they’re deceiving.” She warned.

The new Top Golf will feature a “prices lower than our ground floor” deal, where the lower the entire complex sinks into the ground over the time, the lower prices per hour will be.

“We don’t think this is a worse idea than anything else that’s ever happened in Florida.” Said Klub. Then he shouted at Wedge to put her heels back on.