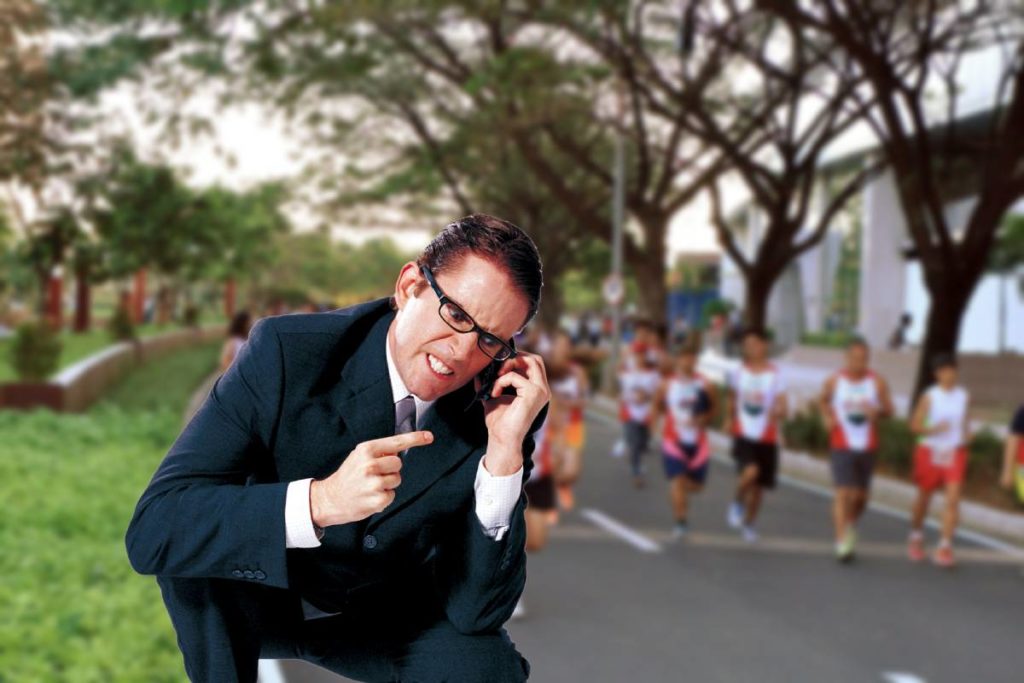 A Pasco County resident is suing Lil Gamerz, a 501(c)(3) charity based in Land O’ Lakes, over what he claims was a bad experience at a recent fundraiser. The event, “Run For Red Dead,” featured a 5K race, as well as a one mile Fun Run. Approximately $2300 was raised for the charity, which will provide copies of the popular video game “Red Dead Redemption 2” to underprivileged children in the Tampa Bay area.

Carlos McManus participated in the shorter run, and ended up hiring an attorney.

“I was promised a Fun Run, but it wasn’t fun at all,” McManus said. “It was cold and muddy, and my knees hurt. I don’t know what was supposed to make it fun. There wasn’t any music or balloons or anything. It was just a bunch of people running, and they were being jerks if I was in their way and going too slow. I didn’t get any of the fun I was promised. I was misled.”

According to the lawsuit, filed by McManus’ attorney Ken Clam, the plaintiff is seeking $80,000 in damages. The suit includes compensation for pain, suffering and loss of consortium. McManus claims he hasn’t been intimate with his wife since the run, and cannot participate in his favorite positions (such as the Reverse Flapjack and the Chocolate Slurpee) due to his injured knees.

Clam, a renowned Tampa attorney who has successfully sued dozens of charities, said his client was not doing this just for himself, but for all philanthropic people in Tampa Bay.
“It might sound petty, but a Fun Run should be fun. It’s right there in the name,” Clam said. “If they promise fun, and they don’t deliver, they need to pay up. We’re actually doing a service here. Charity or no charity, liars need to pay.”

Lil Gamerz Chairman Levesque Middleton said the suit is without merit, and the focus should be on a successful charity event.

“We raised thousands of dollars, and were able to purchase more than three dozen copies of perhaps the best video game ever made,” he said. “Children of all income levels and backgrounds should be able to rob trains, steal horses and shoot people just like everyone else.” Middleton explained that any undistributed games will be sold to Gamestop for a $3 credit.