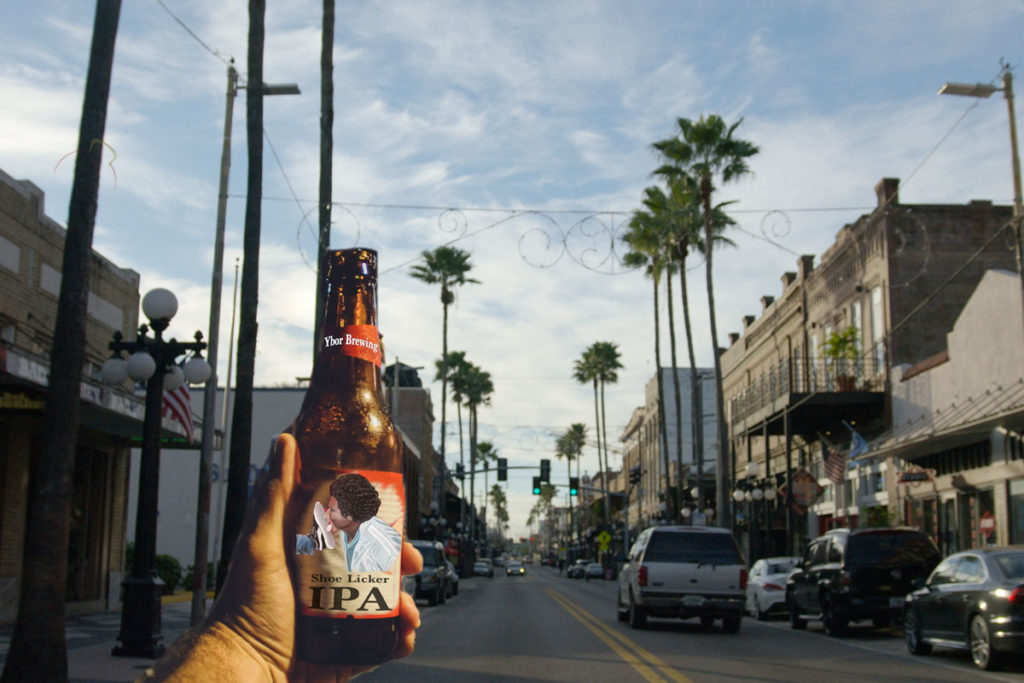 Ybor Brewing has announced an official release date for its much anticipated “Shoe Licker IPA,” an homage to the infamous Ybor “Shoe Licker.”

“It was a long time coming,” said Seth Spltiner, brew-master over at Ybor Brewing. “We all know who he is, we’ve seen him for years, it might be a bit of a novelty, but his resiliency definitely shines through, and you can tell he has a good heart, and he’s become a bit of an unofficial mascot of our city, so he deserves a beer.” Seth takes off his welders mask to reveal a face tattoo of a chicken.

“What’s with the chicken?” I brashly ask.

“Oh, it’s an Ybor chicken. I told you, I love this city.” He shakes my hand and looks into my eyes and we share a moment of admiration and mutual love for our hometown.

The extremely limited-edition IPA will feature a palette of tastes that would best represent the experience the shoe licker has when he licks the bottom of your shoe.

“We went with a lot of earth tones.” Seth explains. “Deeply fermented hops, to create a sort of ‘dirty street’ feel, kind of a gravelly, unsanitary taste you’d imagine you’d experience licking the bottom of a man’s shoes in Ybor.”

The release event is expected to draw a large crowd of craft beer connoisseurs, however the man highlighted in this event, the shoe-licker, will not be allowed to attend.

“Yea, no chance we’re letting that guy into our brewery,” Said Michael Flunch, owner of the brewery, as he crossed his arms. “He’s fun to see in passing, a quick ‘hi, how ya doing,’ but we can’t have him in the brewery during business hours. He’s going to make the guests feel uncomfortable.” Michael drops his case-less iPhone and it shatters on the ground. “Fuck!” He says. He bends down to collect the pieces as he laughs to himself. “Maybe that’s the karma I get for not wanting the man we’re trying to benefit off of into my establishment during his own release party!” He shrugs and tosses the phone pieces into the garbage can. “It’s fine, my dad will buy me a new one.”

The Shoe Licker IPA, aka the “feel it in your sole sunshine brew,” will be 6.5% alcohol by volume, and will only be available during the last week of the month, and during the launch event. After that, it will be up to the blackmarket to decide it’s street price and begin an underground movement of limited craft brew distribution.

The officially launch event will be held in the emptied out premises of Hamburger Mary’s on Friday starting at 3pm.