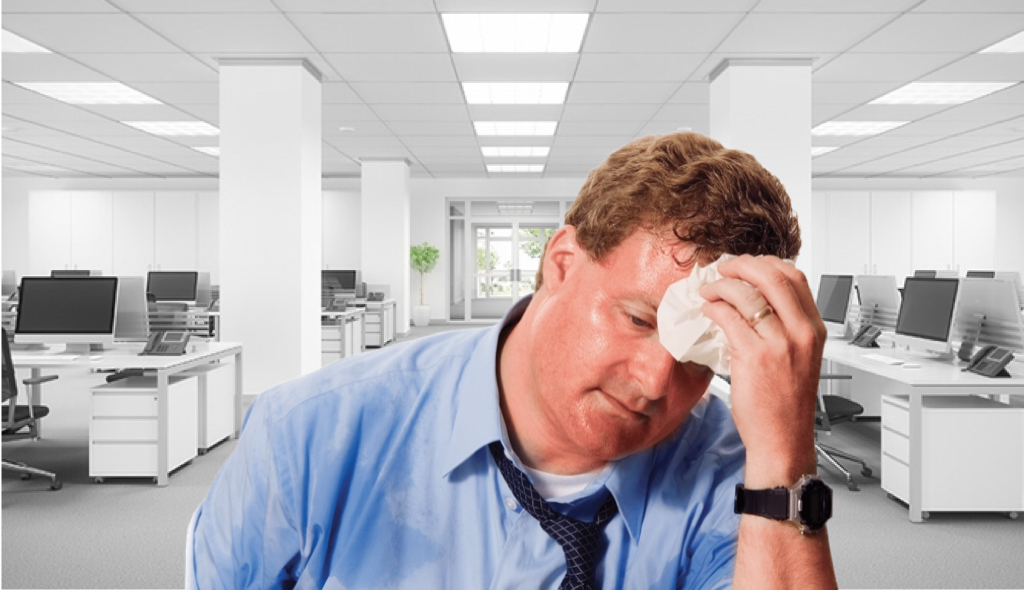 Some employees of Associated Office Application Associates in downtown Tampa received a vocabulary lesson along with an unpleasant surprise at their weekly all-staff meeting.

CEO Gary Simmons opened the meeting in an unusual manner, setting many employees on edge immediately.

“You know, English is a very funny language. Well, not so much funny as unusual. I didn’t mean funny, as in humorous. I’m not trying to be funny here, believe me. Oh God, help me,” he said, as color drained from his face. He swallowed hard and continued, “but that’s actually kind of a good example of what I’m trying to say. Well, not good as in good…”, his voice trailing off as visible sweat stains became visible through his Oxford shirt.

The gathered crowd of 25 employees leaned in and concentrated as Simmons attempted to regain composure. “See, not every word means the same thing to every person. Sure, a word like ‘giraffe’ only means ‘giraffe’. There’s no alternative interpretations of what a giraffe is, right? Ha ha! (Cough) But there other words that can be interpreted differently by different people, depending on individual circumstances. This is called ‘subjective’, it means influenced by personal feelings or opinions.” Simmons looked around the room and realized he had his staff’s undivided attention like never before. This made a vein in his forehead throb.

“The next word is ‘will’. Sometimes ‘will’ means ‘won’t’”, he offered weakly before Brenda from Shipping, yelled from the back of the room, “No it doesn’t. It never means that.”

Simmons ignored her and said, “After that comes ‘all’ and I covered that pretty much when I talked about ‘we’.  And that goes for ‘together’ at the very end too. Which leaves ‘get through this’, which could mean everyone keeps their jobs and things are fine or it could mean you’re broke with no access to healthcare. It all depends on your Individual circumstances and how you choose to look at it. Either way you go through it. See? Subjective!”

He’d often fantasized about having the undivided attention of every one of his employees and now that it was actually happening, he wasn’t enjoying it at all.

He stared at his shoes for nearly a minute before looking up and announcing, “What I’m saying is you’re all furloughed and ‘getting through this’ is something you all need to subjectively define for yourselves as of 5pm.” It was 4:45 at that point. “Thanks. Bye,” he said as he left the room quickly, slamming the door behind him, leaving the staff stunned and silent, trying to comprehend the new reality that had been dropped on them with no advance notice.

He opened the door and said, “Oh, not the executive team. You all still have jobs. See you Monday morning.” He started to close the door again but added, “Not you, though, Chuck. You’re out too.”

As the staff slowly started to shuffle out of the conference room, Brenda said, “Yeah, okay. But that isn’t really even what subjective means.”

← Santa Dies from CoronavirusPinellas man claims, “mask made me gay” →