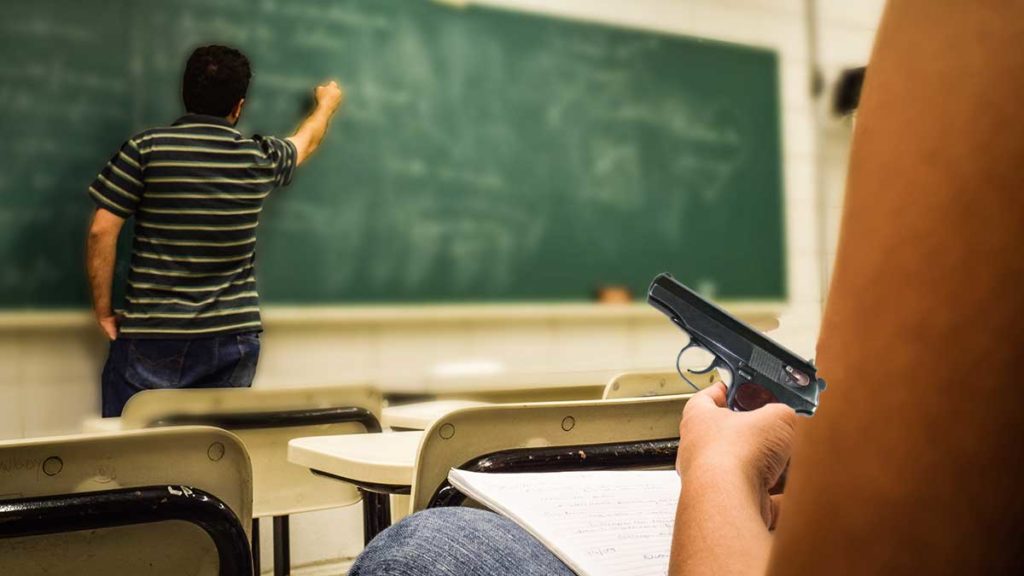 In an attempt to prevent his secret from getting out, the principal of East Tampa High School convinced a student he was having sexual relations with, to become a school shooter. “I had to influence her into developing violent tendencies and unsolvable anger issues against her classmates and the entire school system as a whole, because I was hoping that her hate would turn into a school shooting, and she would at the very least go to prison for life, in-turn keeping my secret safe that I slept with her, through an abuse of power and some sort of weird dad complex thing I’ve ben developing over the years.” Said ex-principal of ET High, Pinski Bender.

The principal was sentenced to the death penalty unanimously, at an expedited rate due to the heinous nature of the act.

“I feel extremely sick to my stomach after hearing someone is capable of such an evil.” Said anonymous juror #3. “I mean I’ve heard of some sick stuff before, but to convince a child to shoot their classmates so they won’t get outted as a pedophile is just like, f**king disgusting.”

The principal had been communicating with the victim through text message for many months before they finally met up and began a romantic relationship. He bought her Gucci belts and Fendi purses, and he would give her rides home late at night. After the girl proposed to principal Bender, he decided that he did not want to see her anymore, and she threatened to tell her friends about their relationship. So Bender agreed to marry her in secret and rented a second apartment that he lived in with the student, and began bringing to school every day. Then she made him join her circus school and begin working on a tandem trapeze act, and also wanted him to become a webcam model with her, which is where he drew the line. That’s when the principal began spreading rumors about the student at the school, saying things like, “she’s not good at trapeze.” Within 15 minute the principal was able to convince the student that she should become a school shooter. She bought a pistol from a pawn shop, then came to school the next day and tried to fire at the ping-pong tables, but the gun jammed and she was tackled by the 63-year old security guard, Linda Taylor. The student explained that the principal convinced her to become a school shooter, and the principal was immediately castrated by the janitor, while the rest of the staff held him down until the authorities showed up. The student who was the victim of the illegal sexual relationship was given a scholarship for 6 million dollars by the Democratic Party and is being groomed to run for president in the year 2036. The principal is scheduled to be killed at 3:30pm this Friday as the last bell for school rings, and it will be filmed as part of a new reality TV show were particularly immoral felons are punished on camera.