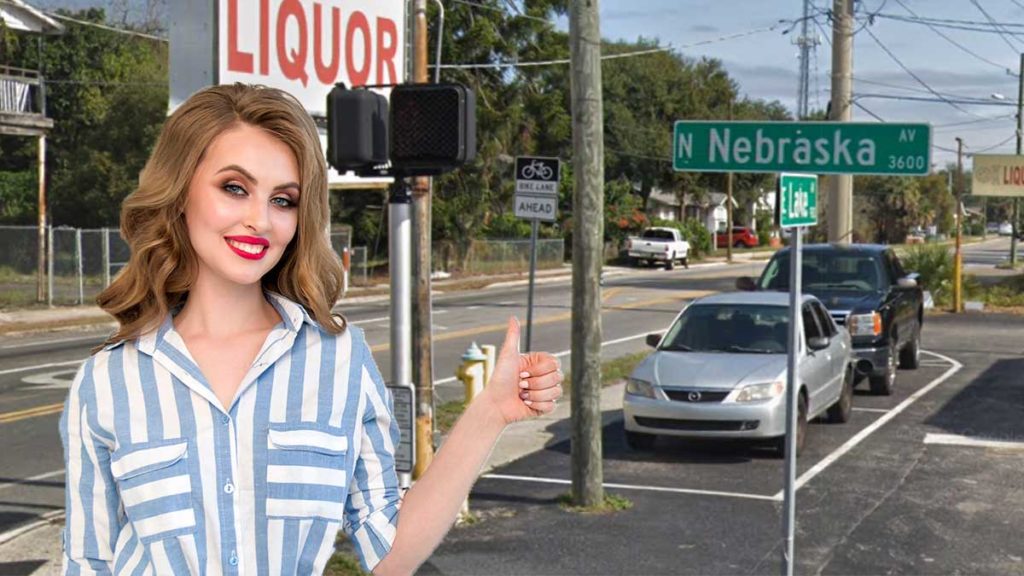 In a landmark decision, the Tampa City Council passed a bill legalizing prostitution on Nebraska Avenue. In a 5-4 vote, it is now legal to peddle sexual favors on the street of Nebraska Avenue, 24-hours a day.

“It was just a logical move.” Said city council chairman, Peter Savory. “People were having sex with prostitutes on that street, and we were packing up our jails with people both participating in the act, so we realized, if we just taxed and regulated it, we could rebuild our cities while still letting people pleasure each other in a safer setting. Why make these people risk their lives like this?” The chairman said compassionately. “If you need anything else from me feel free to call my office, or meet me out on Nebraska if you know what I mean.” Savory winked at me as he walked backward out of his office.

Stacy, a local sex worker invited us to view the new operation in action.

“See, if you pull into one of the pink lanes, we know what you’re looking for and we don’t need an awkward interaction!” Stacy said, showing us a long glittering pink street lane. “Sometimes some people leaving the grocery store accidentally get in the pink lane, which is kind of funny, but it’s been pretty functional!” A long line of smiling men wait in the pink lane, as women stand at the end, getting into cars one at a time, like an airport taxi lane.

“It’s much safer, the tax dollars have gone to feed underprivileged children, so now more than one person is ‘eating’ from me if you know what I mean.” She laughed.

“It’s like Las Vegas! Do you know how many more republican presidential candidates we’ve had in town since Nebraska legalized prostitution? Hundreds! I don’t even think some of those guys were running for president!” Stacy sat on a diamond sequence-covered street bench. “Life has been so much simpler since the change.” She took a bite of a banana. “It’s just so peaceful and happy now.” She says with her mouth full. “People are laughing again, good times are being had, I think we really figured out the cure to all of our city’s ailments.”

There’s now signs located at either end of Nebraska stating the specific prices for what each act cost, designating a different lane for each option, streamlining the process in an efficient, easy-to-understand way.

Patrons may also purchase yearly passes similar to Disney. Visit the lanes as many times as you want for a base price of $69,000 per year. Girls and guys welcome. All of these things are totally real, so if you show up and you don’t see the pink lanes, that just means it’s under construction and you should ask the closest person you see, when the lanes are opening up. If they act like they don’t know what you’re talking about, that’s just part of a special promotion where they pretend they don’t know what you’re talking about then give you half-off once you really bother them.