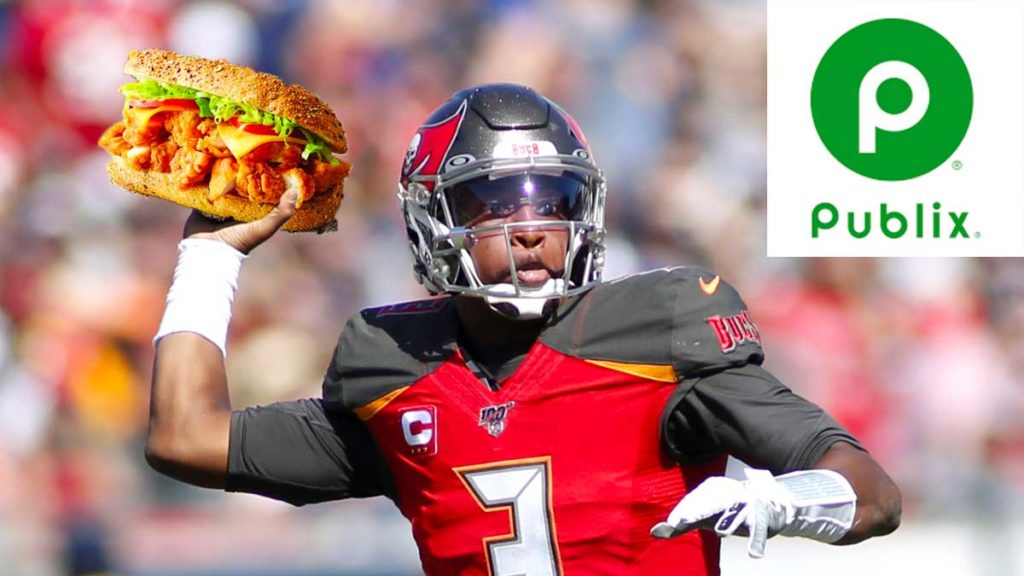 Publix announced today the creation of a new Pub-Sub in honor of the Buccaneers quarterback who famously stole crab legs from one of their locations.

“The Winston Interceptor will feature 18 layers of crab meat on a bun, and nothing else,” said Publix spokesperson, Miguelito Abrepiernas. “We hope our customers enjoy this sandwich as much as they enjoy watching Winston play football.”

The sandwich will be available at all stores starting right now and it will not have a price tag on it when they hand it to you.

“Customers are encouraged to order the sandwich and then run out of the store as fast as they can without paying for it,” said Abrepiernas. “Security will try and stop you, but it is all part of the promotion.”

I caught up with someone who recently ordered the sandwich.

“This sandwich is the bomb!” Said Wyatt Irchinhold. ” I hate having to break the crab legs open and make a mess trying to suck out all the meat, so this saves me time and energy I would spend doing that.”

Irchinhold then offered me some of his sandwich, which I ate, but then I had an allergic reaction to it which caused my face and throat to swell up.

“You don’t look so good man,” Irchinhold said with a concerned look on his face. He then watched as I gasped for air and suffocated to death.