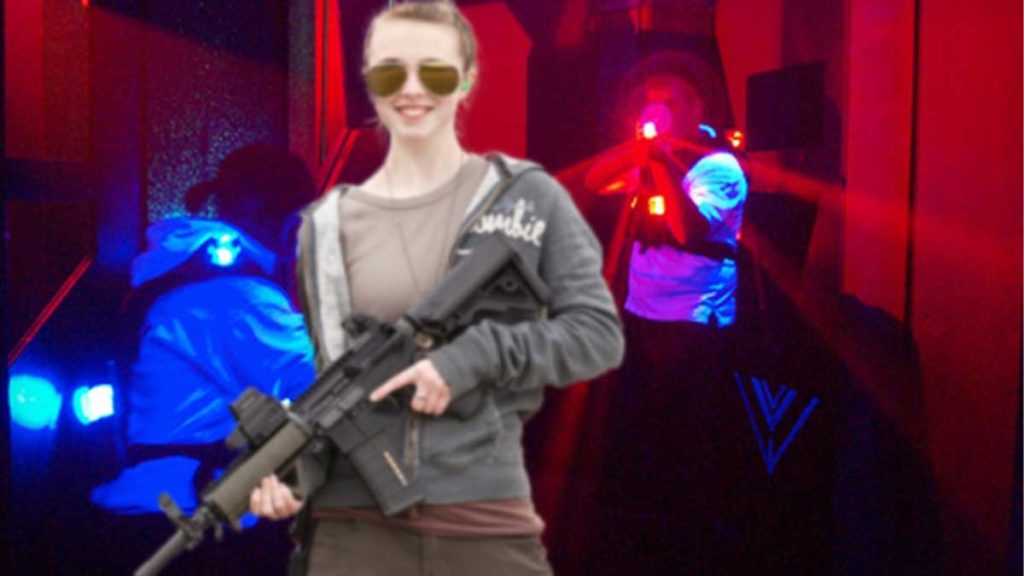 Laser tag conglomerate, Q-Zar has announced it’s new promotion, “AR-15 night,” granting patrons a free game, if they’re willing to donate their AR-15 rifle. What would normally be a $12.99 before tax, game of laser tag, will now be free courtesy of your AR-15 being decommissioned.

“It was an easy choice.” Said Brett Daniels, former gun-owner from Pasco. “I’ve had this gun in my house for 7 years, and I’ve never had the legal opportunity to shoot anybody.”

Daniels wipes his brow in anguish. “I argue with people on facebook, I wear things that are socially unacceptable in public, I have no manners or respect for anyone who’s not my mother or my weird sister who nobody understands except me. I don’t know what else I can do to get someone to attack me so I can exercise my right! I wanted to shoot my gun!”

Daniels waves his free coupon in the air, “Now I have a free game of laser tag! That’s actually worth something!”

Daniel’s clicks his heels and does a cartwheel through a doorway into a smokey, black-lit room.

The promotion is expected to gather at least a few dozen guns, the company thinks.

“When I was a poly-sci major at Brown, I studied lots of statistics about gun owners and gun safety issues, and I know that gun owners are liable to do things that aren’t always rational.”

As Meg finished her sentence a man kicked down the double doors of her office.

“Blamo!” The noise made.

“You can’t take my gun away!” Shouted the mystery man who appeared behind the kick.

“I deserve to have this, it’s a right, nobody should be able to alter my rights or amend my rights.”

Meg recognizes that the guy, it’s actually her boyfriend.

Is it the lobbyists who influence the politics effecting policies? Is it businesses have too much power, and place profit over the lives of innocent people? The well-being of their own customers? Are we getting sold poison? Is everything bad for us? Who can we trust?

Sound off in the comments for a chance to win a free shirt!