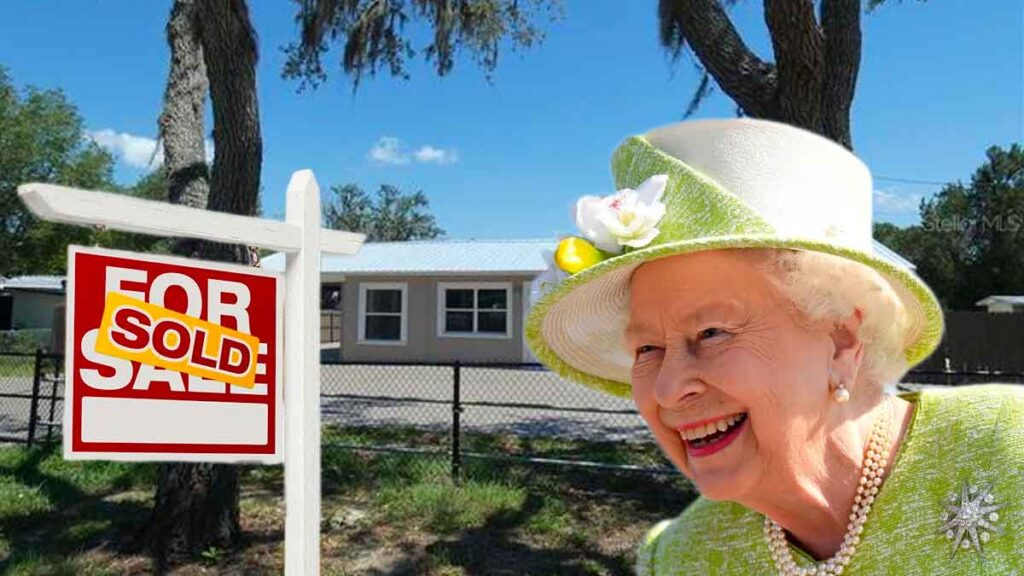 The head of the royal family, Queen Elizabeth II, has bought a home in Weeki Wachee after apparent embarrassment from the Oprah interview involving her nephew Prince Harry and his wife.

“I was so embarrassed they told people we were racist, that we wanted to stay somewhere peaceful for a little bit, with a river we can have all of our goods boated up to the house every morning so I can wake up and eat my corn puffs with whole milk.” Said Queen Elizabeth II.

“Yea, it’s a real shame what with my nephew being so rude and all to us,” The Queen mysteriously uttered while cleaning the silencer on the end of a pistol barrel she was polishing.

“Yea, I mean, I love my family and all, but it’s like, you can’t be talking about our business like that. I’m pissed, the other members are pissed. We’re mad. Now what? We just need to deal with it I guess.” The queen shrugged while leaving the firing end of the handgun facing directly towards me.

“Yea, I guess, misses queen.” I unconfidently said to her.

“Yea, something about my own family betraying me just really hurts me… Unless this is some sort of ploy to keep the royal family relevant in the world. Now that would be interesting!” The queen said, as she laughed and tipped her cap with the gun barrel.

“Yea, can you imagine if this was all just for publicity just to get in the spotlight because people kind of thought we were worthless like ‘what’s the point of this family?’ Kind of stuff, but hopefully with this current issue, people were fight for our tradition, and recognize how important we are as the godly family that his been picked by the divine to rule the world!”

The queen proclaimed with a clenched fist.

Then the Queen politely told me it was her “lady time” now and she had something she needed to take care of inside her new home in Weeki Wachee. She thanked me for my time, then did one of those Willy Wonka moves where she takes a few steps like she’s handicapped, then drops her cane and does a theatrical circus tumble resulting in another tip of her cap with her handgun barrel.