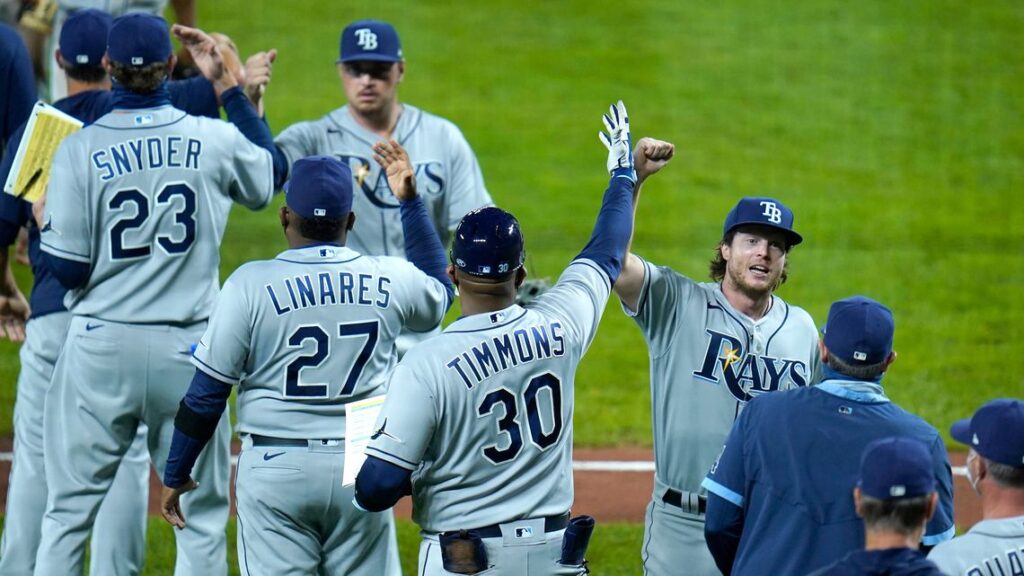 With a sweep of the Orioles in a doubleheader in Baltimore yesterday, the Tampa Bay Rays secured a spot in the postseason, within a matter of minutes of the Tampa Bay Lightning earning their way into the Stanley Cup Final against the Dallas Stars with an overtime win over the New York Islanders.

“Yeah, that’s nice. Good for them”, says Rays manager Kevin Cash. “They’re a good team, they’ve worked really hard and they deserve it. Hey, I just thought of something; you know who else is a pretty good team that works hard and deserves success? Oh yeah; us!”

The Rays, in first place in the American League East division, went into yesterday needing two wins to lock up a spot in this year’s playoffs. “Sure, we could have just played one game, gone home and watched the Lightning game on TV, let them have the spotlight to themselves and then taken care of business the next day or day after that but we thought, ‘since we’re here at the ballpark today already, what the heck, why not just play a second game and get this done?'”, he says. “Gosh, I really hope it’s okay with the Lightning if we pursue our little hopes and dreams too. It’s not like we have the ultimate goal of trying to accomplish anything important, just winning the first World Series in our history, that’s all.”

Cash insists he and his players aren’t bitter about the Lightning’s success. “Not at all! We’re both representing Tampa Bay so we’re thrilled for them. It’s just that making the playoffs is a special achievement and not something that happens every year”, he says. “Although, we did make it last year too, so I guess it kinda does.”

He concluded his remarks with well-wishes for the Lightning. “Go Bolts! Bring a championship home. We’ll just be over here, you know, minding our own business and not bothering anyone, trying to do exactly the same thing.”