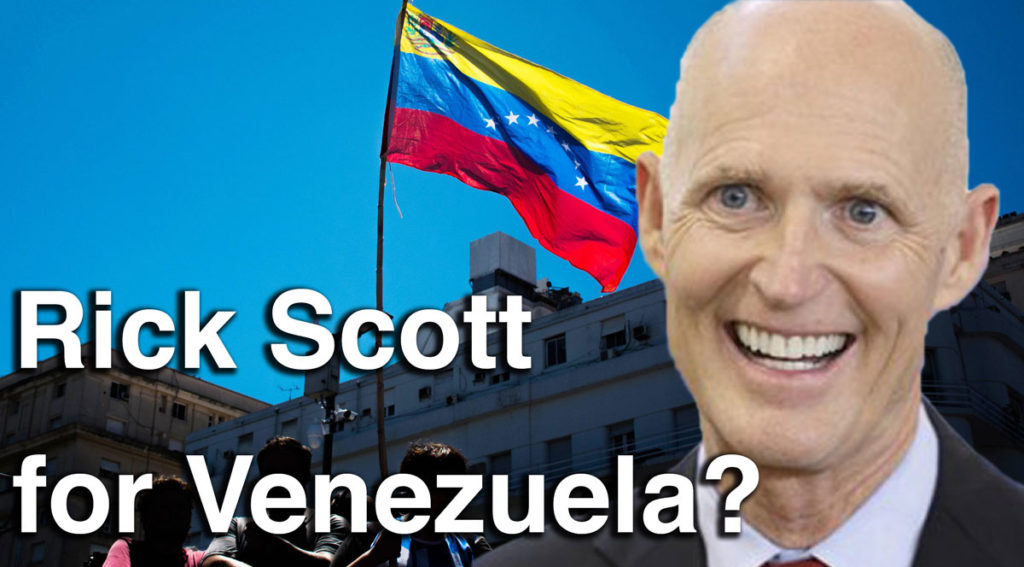 Citing the notes he prepared for his meeting, Florida Senator Rick Scott asked the president to forcibly remove the leader of Venezuela and install the freshman senator as leader of the country.

“I speak Spanish, I was governor of Florida and with my help, Venezuela could become the next Florida,” Scott said during a meeting at a hurricane damaged Golden Corral in Panama City. “As you can see, Florida is the greatest place on Earth thanks to me and my catchphrase ‘Let’s get to work’ and it’s about time I started saying it in other countries.”

President Trump, along with Florida Senator Marco Rubio, agreed that it was a great plan but expressed doubts on whether Scott will be accepted by the people of Venezuela.

“We’ve taken down dictators before and let more evil people take their place,” said Rubio while chowing down on a plate of fried chicken and steak. “Scott is a millionaire here in America, but in Venezuela that’s like a trillion dollars, and there is nothing evil about money.”

Scott, who only nibbled on his stacked plate of ribs, said, “While it would be much easier to simply buy the country of Venezuela in full. I feel like it wouldn’t really be me in power without some sort of blood shed.”

Scott then confirmed that the blood shed he was referencing was sacrificial blood. “You don’t just send in military to die, you send them in to fight for a cause worth sacrificing yourself for, and what better cause than to have me be the leader of South America’s largest oil producing country.”