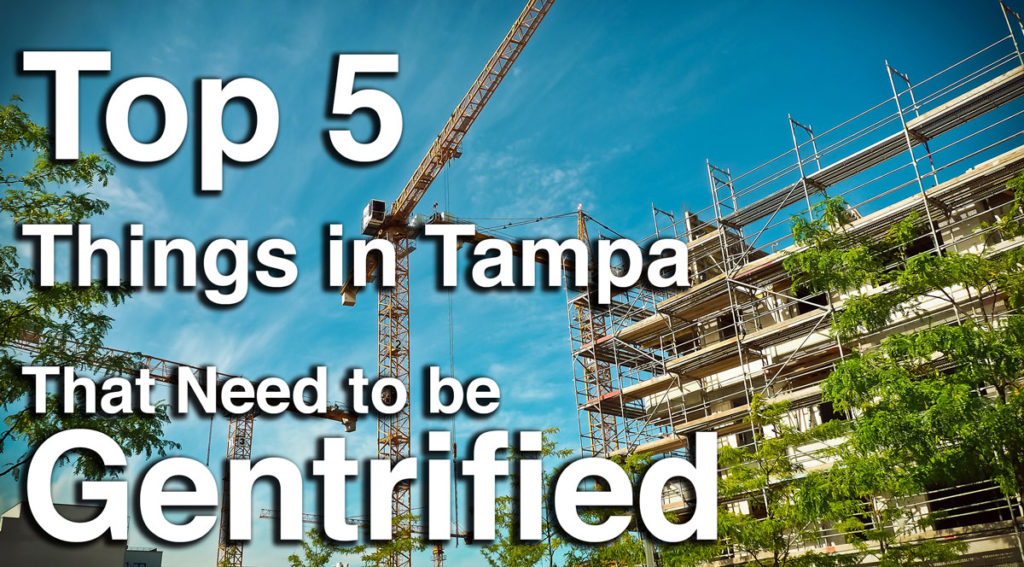 Nearly a decade ago, Tampa wasn’t nearly as gentrified as it is today. If Tampa wants to continue its trajectory towards becoming the ‘Next Greatest City in America’, it needs to fix these locations that Tampa News Force has recognized as places that still require a little more gentrification to make it comfortable for rich people.

This historic rooming house which should have been restored and protected by the City of Tampa, looks like it’s about to collapse any second now. Many famous people stayed here when they visited Tampa in the early 1900’s, these days only homeless people with access to a crowbar and some good sneaking skills can take a peak inside. If any building deserves a little TLC while contractors listen to TLC, it is the Jackson House in Downtown Tampa.

With the passage of the bill banning greyhound racing, the Tampa Greyhound Track has expanded its entertainment offering to include more than the typical poker and blackjack tables on non-race days. This building still allows smoking indoors but many people only know it as the parking lot where that Cirque Du Soleil show happened that we don’t want to talk about. What better way to show people that Tampa is the best gentrifier than to update this eyesore by converting it into a live-work-play facility, or internment camp.

Historic Robles Park was updated recently but much of the surrounding neighborhood is still plagued with low-income housing and streets that are only occasionally lit by cop lights. If Tampa wants to prove to all the other cities that it can gentrify as good as anybody else, then they will take this part of town and do to it what they did to Julian B. Lane. (The City of Tampa kicked everyone out of their homes and gave them a voucher where they could apply to live in the ENCORE! developments, but only for those who were approved.)

This apartment complex has been the target of many developers looking for the perfect place to demolish and displace low-income families. While no one has succeed yet, this prime location between Ybor City and Downtown Tampa is the final piece to the City of Tampa’s master plan of making it a nice place for visitors to let their guard down and unwind. Only time will tell if the owners will pull the trigger and see what happens.

← Rick Scott Asks Trump to Make Him Leader of VenezuelaBusch Gardens to allow CBD, Bongs and other Drug Paraphernalia →