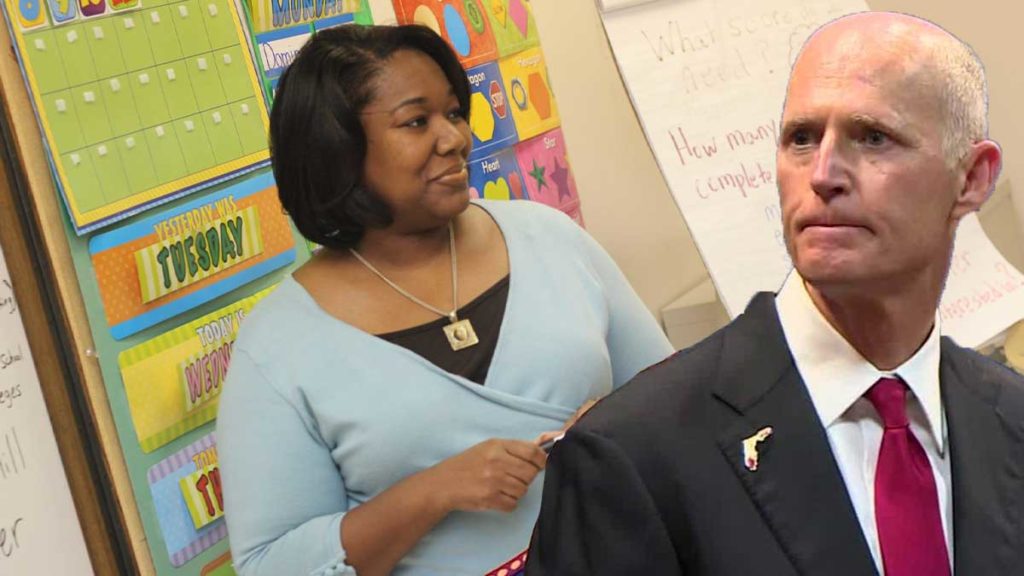 A teacher in Hillsborough County is making headlines after capturing the attention of Florida Senator Rick Scott for having to work two jobs to survive.

“This so-called educator is in our classrooms indoctrinating good American boys and girls with his liberal opinions while also working as a barista at the Starbucks inside of a Barnes and Noble,” said Scott while I gave him a vigorous back massage.  “I believe every American should be able to get by on one job while also having enough time to spend time with the people they love. Now can you not be so vigorous on my back, it’s very sensitive.”

“I’m sorry this is my first day in this massage parlor. I’m actually a journalist by trade,” I said while trying to continue to massage the Senators skeleton-like exterior, he flipped around and removed his towel, showing me his erect penis in the process.

“I can see why you would work here, this place must pay more than writing that journalism crap,” Scott then began trying to force my hands onto his penis, I tried to resist but to no avail.

“Senator! This is not that type of massage place.” I kept trying to tell him that I did not have the necessary certification to perform handjobs but the Senator was very persuasive with the amount of money he was offering me.

“I made a lot of money scamming taxpayers through Medicare fraud,” the Senator said to me before consuming a handful of Viagra.  “Now I’m not leaving until I make you a millionaire, because that’s my goal.  I’m Senator Rick Scott and I give people jobs.”

I then spent three hours jerking off Senator Scott, but then he refused to pay me.