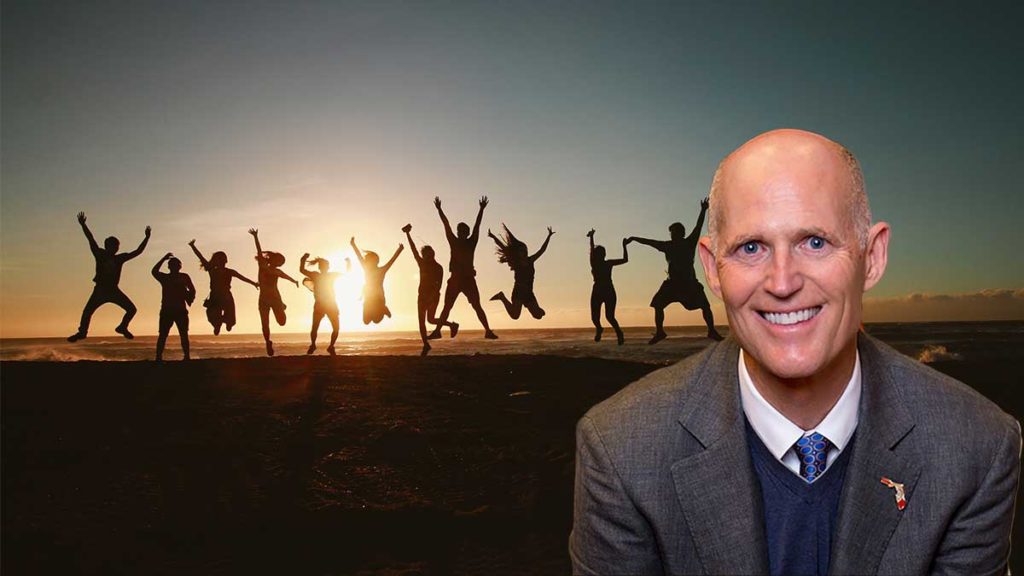 After a recent hard knock to the head, Senator Rick Scott has decided there is more to life than having immeasurable wealth.

“I found happiness through defrauding taxpayers with a Medicaid scam that made me a millionaire,” said Scott who used his fraud money to convince Florida Republicans he was on their side. “People see me being rich and I tell them anyone can make money, but happiness you can’t buy that, I’ve tried.”

Scott opened up about his family life and admitted that he has never once felt any happiness, “My wife doesn’t love me, she only loves that I’m good at defrauding the government and helping people who call themselves my friends get contracts.”

Scott wept on my shoulder saying, “They aren’t my friends, they never want to hang out without some sort of benefit for them. I don’t know how I let greed blind me from the happiness you can experience without money.”

I asked Scott to show me what makes him happy that isn’t money, he got quiet and stared out for a while before turning to look me deep in the eyes.

“I want to shoot an albino animal,” Scott said.

After arguing that you need money to be able to do activities like that Scott screamed and started trying to put me in a headlock.

“Well I know one thing that I don’t have to pay for, killing people with my bare hands!” Shouted Scott as he overpowered me and choked me to death. “See that didn’t cost any money, and now I’m happy.” Scott said before turning into a bat and flying away, leaving me alone and dead on his hotel room floor.