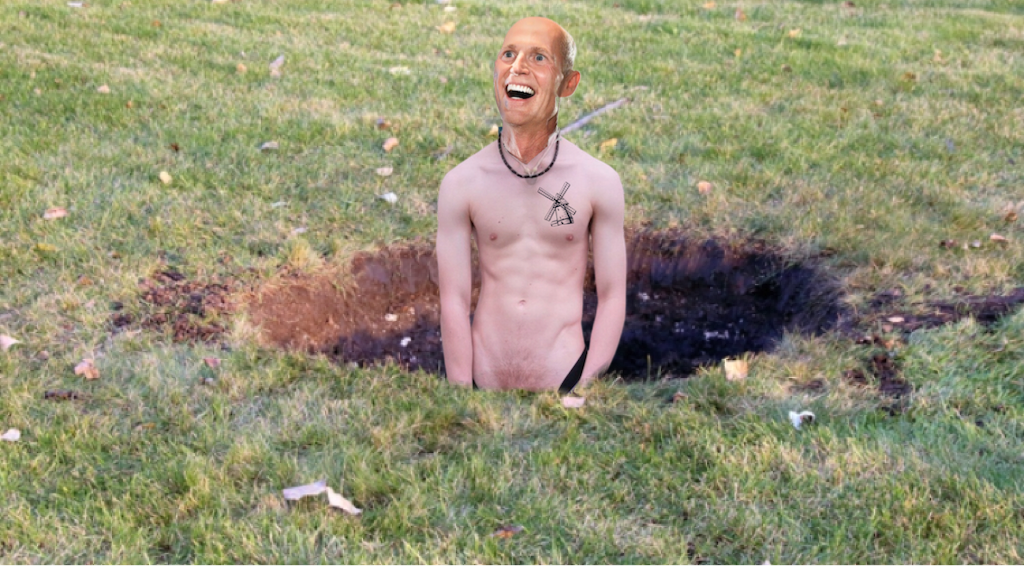 Unemployed Floridians this week waited in anticipation for an announcement from Governor Ron DeSantis about the state’s broken unemployment system.

“We wanted to fix this thing as fast as we could,” said DeSantis who was licking a lollipop and pooping into a diaper under his suit.  “Our unemployment system is broken because the guy before me made it really hard!”

DeSantis was then handed a shovel by one of his assistants.

“It is now time to check on our Senator Rick Scott, to see how much longer we have to put up with this expensive and worthless unemployment system,” said DeSantis before digging a hole and then pulling out a still sleepy Rick Scott. DeSantis then held up the crying naked Senator who opened his eyes and began screaming before seeing his shadow.

Scott then wiggled his way out of the Governor’s hands and began trying to crawl back into his sleeping hole, screeching wildly before disappearing back into the grounds outside of the Tallahassee capital building.

“Well I guess that means we can’t do anything to help Floridians for six more weeks,” said DeSantis before abruptly ending the meeting and kicking everyone out.

Floridians are expected to find a job, even if it kills them.