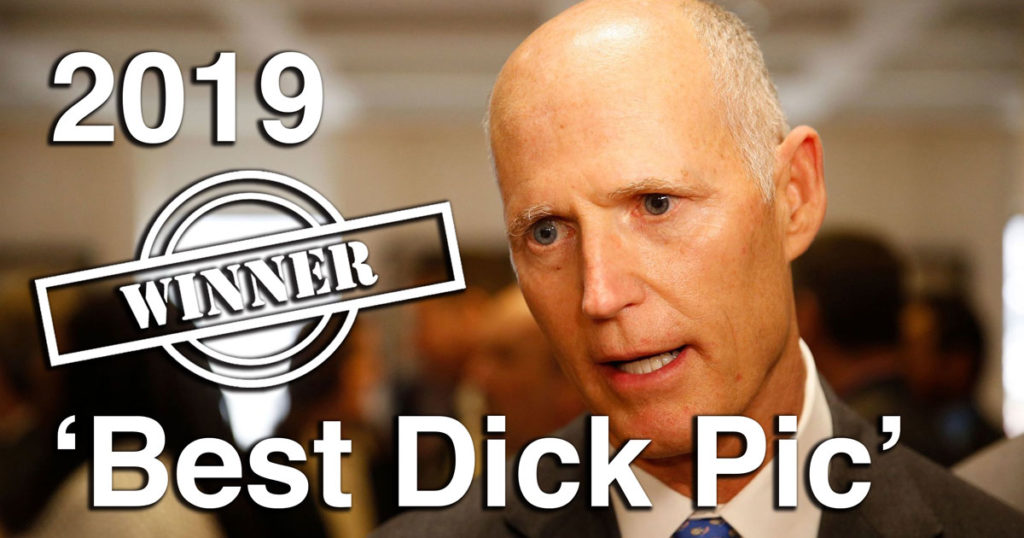 “I don’t believe I have ever even taken a ‘Dick Pic’,” Scott said while reluctantly accepting the award. “I do however love being here in Florida, surrounded by old rich white people like I am now.”

The crowd then began chanting for Scott to ‘Whip it Out” and to ‘Let Us See It’ and after some teasing Scott whipped his penis out in front of everyone in attendance.

Scott, who made his millions scamming taxpayers through Medicaid fraud, left much to be desired for those who saw his penis.

“For someone who is a huge dick in person, he actually has a surprisingly small penis,” said Scott supporter Leydis Ricardo. “If you’re going to spend millions of dollars to get elected to the US Senate, at least throw a couple grand in there to fix what’s in your pants.”

Organizers later took away Scott’s award for ‘Best Dick Pic’ when it was discovered it was an actual picture of him and not his penis.