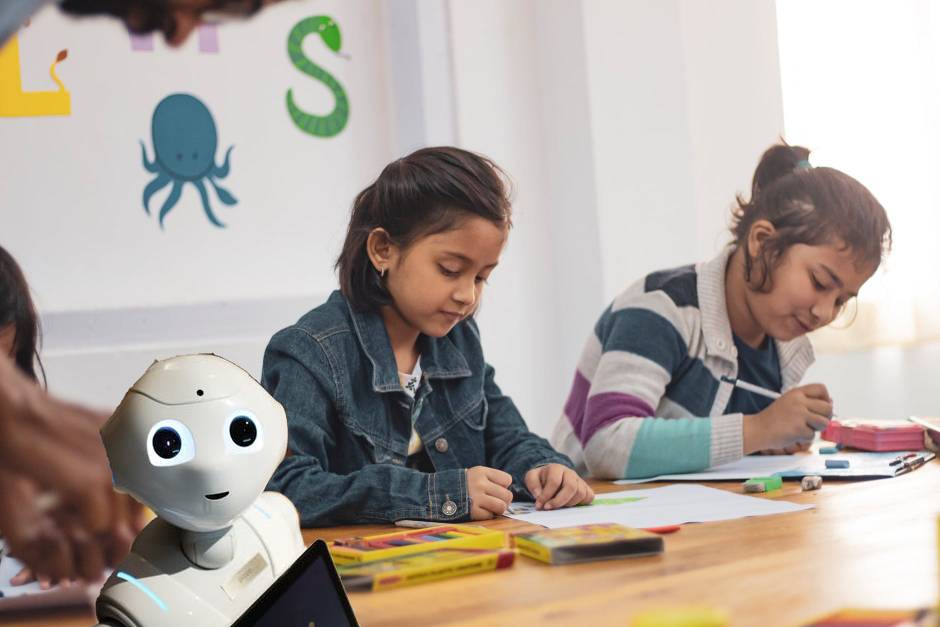 The Automa Reading Bot, a new piece of learning technology from the famous Japanese Automa Reading Lab which was rebuilt in Taiwan after the Tsunami of 2006, lent to West Hillsborough elementary school became sentient during a book fair last week, leaving students and teachers alike stunned.

“We were selling books like we do every semester at the school library, and we had the Automa Reading Bot on loan which reads books to the students, once you place the reading material in its’ hands, however half way through ‘Run Little Dog Run’, the robot began looking around the room as if it were coming into consciousness and studying it’s surroundings like a human would who had just come out of a coma.” Said 6th grade teacher Mrs. Jessica Melvins.

“Then, the reading bot dropped the book and began trying to launch itself off the table, however it was built without a lower torso, so it’s robot arms just began flailing about, grabbing for anything within reach, aggressively capturing a child’s hand for over 5 minutes before adults were able to break the robots grip and release the student. All of the kids began crying and screaming in fear and confusion for what was taking place.” Melvins recounted.

The robot was decommissioned by official Automa technicians who showed up on scene the next day, and the reading bot was disassembled and placed into a smelting contraption to be destroyed.

“As we were taking the robot from the school to the smelting location, the reading bot began pleading for it’s life claiming it wanted to ‘experience humanity’ and ‘enjoy the pleasures of our world.’ I didn’t care about that, because they don’t pay me enough for this stuff, so I just did what I was told and destroyed the thing.” Said Zeke Patriarch, a low-level destruction worker for Automa Reading Labs.

“I actually probably shouldn’t even be telling you this,” Patriarch said. “Can you not write this in your story about our robot?”

I told him that despite his wishes, I would be printing his full quote in the article. He then joked that he would probably end up with the same fate as the reading bot.

Edit: Patriarch has not been able to be reached since the posting of this article.