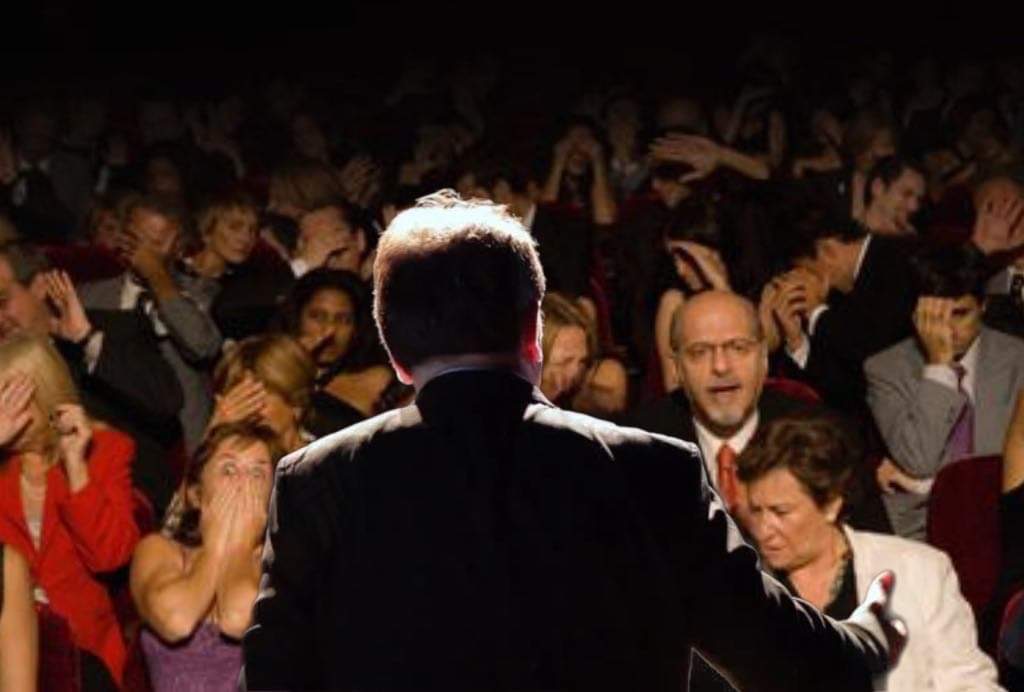 “We don’t let the woke liberal mob tell us what we can and can’t do with our bodies here in Florida,” said DeSantis to an electrified audience at the Jewish Community Center of Tampa Bay. “That is why when we win this election, we’re going to continue with our commitment to rid schools of the dangerous Critical Race Theory that is making young kids feel bad about slavery.”

DeSantis spoke on stage in front of a crowd of school children and argued that white children should be allowed to darken their skins as an social experiment.

He then demanded that a black teenager on stage remove their cloth mask and get him a Pepsi.

“This is going to be the most important election in Florida’s history and I can’t wait to serve another year and a half as governor, and then campaign for President and ignore every single one of you,” DeSantis then concluded his speech by taking a sip of Pepsi, spitting it out and then scolding the teen for bringing him a room temperature can.

After his speech, DeSantis held a meet and greet with supporters at a tent with a make-up artist who specialized in darkening skin for racist photo opportunities.

Florida is expected to remain a solid Republican stronghold thanks to its low education standards, lack of public infrastructure and its commitment to putting profits over people.

“We as a society are doomed, and this election proves that we are in the end times,” warned some liberal whack job protesting the event.

“Republicans and Democrats shouldn’t be enemies, we should work together to make this country great but our leaders are pitting us against each other to fight their made up culture war.” Said another protester who was trans but declined to say which kind.

“I’ve met people on both sides and we all generally want the same thing. Democrats want healthcare, social security, safety nets in place to help people get back on their feet, legal marijuana, and a living wage.” Said a man who has never met a democrat before.

“Ron DeSantis is a terrible governor, but his decisions reflect what a lot of folks in Florida believe and nothing I say here will ever change anyone’s mind about it.” Said a person who looked like they knew what they were talking about, but upon further inspection was wearing a diaper and nothing else.

“In 2016, an old man holding a Trump sign said to me that if everyone my age voted, we would have legal weed by now.” Said a balding, worn out millennial. “Unfortunately for me, people my age don’t vote and they always thought I was some kind of loser for caring so much about participating in my civic duty as an American.”

“I never understood why people my age don’t vote. If we all got together, we can change the laws to benefit us in unimaginable ways.” Said the clearly stoned millennial man who probably still lives at home with his parents.

After talking to the people who are out voting today, I might skip out on voting this year. I need a mental health day.

← For the love of all that’s holy, VOTE!Judge: Pasco County “Move Over” Law Also Applies to Keith’s Slip ‘N Slide →