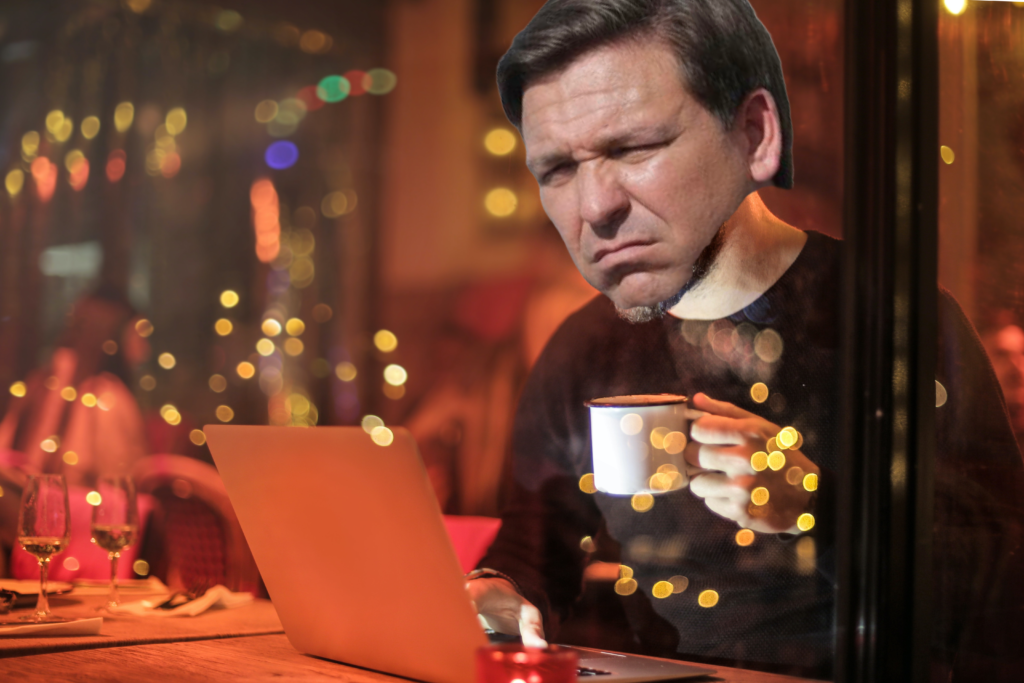 The office of Governor Ron DeSantis has acquired numerous domain names to preemptively stop any trolling, including Rat Bastards.com, Mole Rat Governor.com, Sniveling Failure.com, and Worst Governor Ever.com, to name a few amongst the hundreds bought.

“The Governor was worried people might use those platforms to gather and ridicule him in a public forum, and he would prefer that to not be the case, he’s already having a pretty hard time with everything right now, he’s not the most popular guy in the state anymore. Remember when he made that one speech to the media and was like, ‘you guys said we were going to fail and look we’re fine! You’re fake news!’ Then everything went downhill from there? Yea that kind of hurt his morale.” Said Winnipeg Weinsten, secretary of Governor DeSantis when addressed in an online Zoom chat hosted on Dirty Rotten Governors.com, a domain that the DeSantis team failed to acquire.

During the Zoom chat, viewers pointed out that in a few shots Governor DeSantis could be seen peaking from behind a curtain in the back of the office Weinstein was streaming in.

“When is he going to apologize for not functioning up to my standards?” Read one post on Little Chunk Governor.com.

Protests have been underway, with masses of Florida citizens angry that the Governors team was able to buy up all these valuable domain names that they wish they could have.

“It’s not fair, my website doesn’t even have anything to do with the Governor,” Said Chent Washington, founder of Dirty Little Rocket Hogs, and pocket bike motorcycle rental service.

“I can’t even own my own website, because the Governor bought my domain name before I could register it.” Washington said, as a ferret climbed up his back, resting on his shoulder, then taking a bite from a piece of ciabatta bread, Washington clenched between his teeth.

While the total amount of domain names owned by DeSantis team grows by the hundreds every day, what will happen next is unknown.

“All I can say, is we are going to continue to do everything we can to silence your opinions and create false narratives which portray our governor as a hero.” Said Weinstein in a closing statement, before realizing that she didn’t sign out of the meeting after 55 minutes of self pleasure to what appeared to be a large painting of a squirrel.