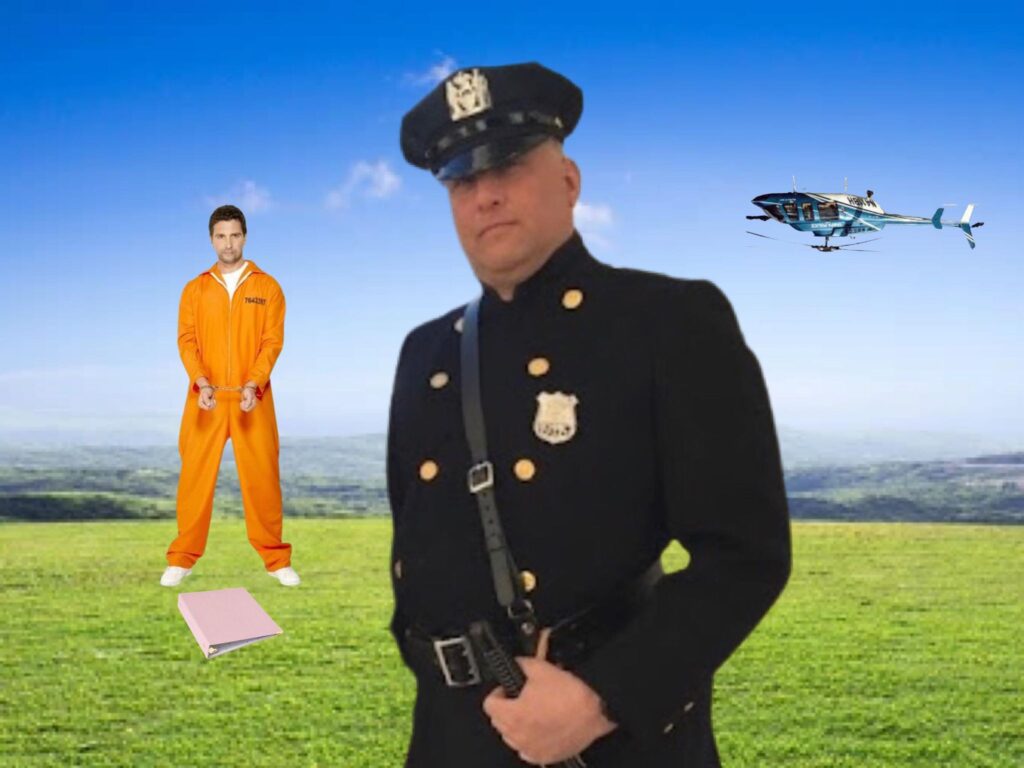 A man who escaped from the back of a penal truck that was in line at a Wendy’s drive through, was captured and arrested, but not before creating a book of his victims removed faces.

“We haven’t seen anything like this before, well actually, one time there was something kind of like this but not exactly.” Said Police Chief Bobby Bullpen.

“The guys have been joking around saying he created a ‘literal face book.’” Bullpen stated while tipping his cap with his baton.

“Yea they’ve got some sick senses of humor, now get these f**king microphones out of my face.” Bullpen said, pushing away the medias’ audio recording devices.

Then Bullpen got into a helicopter but instead of just flying away gracefully it did something different that made you laugh a little bit. You make it up! Now it’s your turn to write the article from here:

Think! You can do it!

What did it do!

That’s so cool, good for you! It totally ______ (rewrite same answer from before)