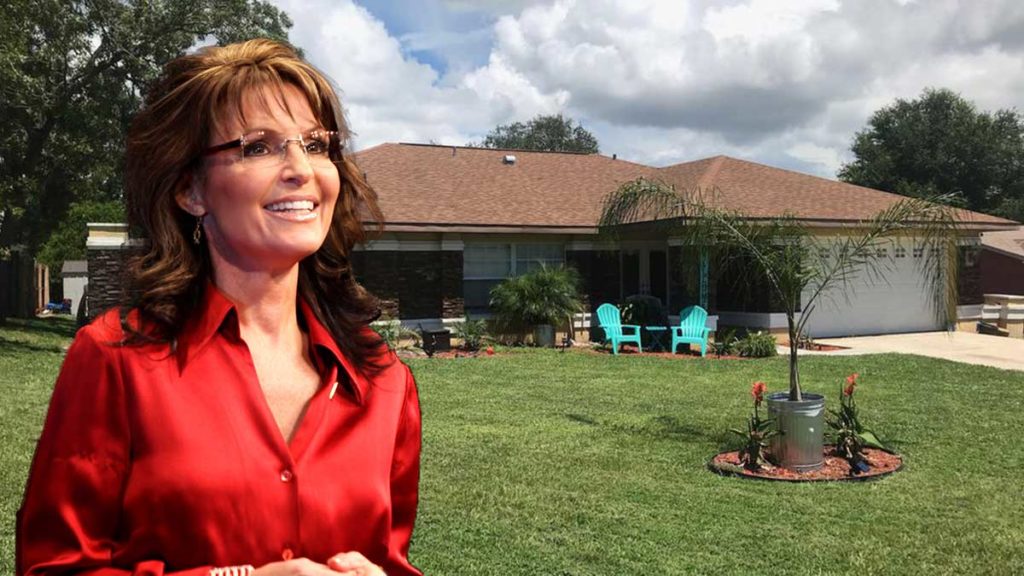 Spring Hill is about to be invaded by a wild pack of Alaskans. Former vice-presidential candidate Sarah Palin has secretly purchased a home in Hernando County and plans to move in today.

“It’s getting so darn cold up North now, and after our home got damaged in that earthquake I told Todd, I said we got to get the heck away from all these pot heads,” Palin said while grilling me a hot dog. “Don’t get me wrong, it’s hot and humid and feels like I’m swimming around Satan’s asshole cooking these hogs I shot in my yard earlier but whatyouknow…”

I tried to keep listening to her speak, but it was in some fast Alaskan accent that I couldn’t quite understand so I nodded and smiled while doodling in my notepad.

The Palin’s are excited to call Hernando County home, they have already set up a backyard shooting range even though their neighbors house is real close by.

“We told them we wouldn’t be shooting anytime before 5 AM or after 11 PM.” Palin yelled at me over the sound of her unloading an extended clip on her AR-15 on a tree stump.

After hanging out on their shooting range, the Palin’s invited me to stay for their first ever family dinner in Florida. Todd Palin wanted me to try the fish he had caught while working on his new commercial fishing boat.

When it came time for dinner and they presented me with the fish I noticed that it was covered in a thick layer of red algae.

“Is this a special seasoning?” I asked.

“No I thought that’s just how Gulf of Mexico fish was,” Todd said to me while the Palin’s all chowed down on their red tide fish.

I excused myself and jumped out the window of their bathroom and went home. I’ve been ignoring Sarah Palin’s phone calls and hope they have a good time living in Florida.