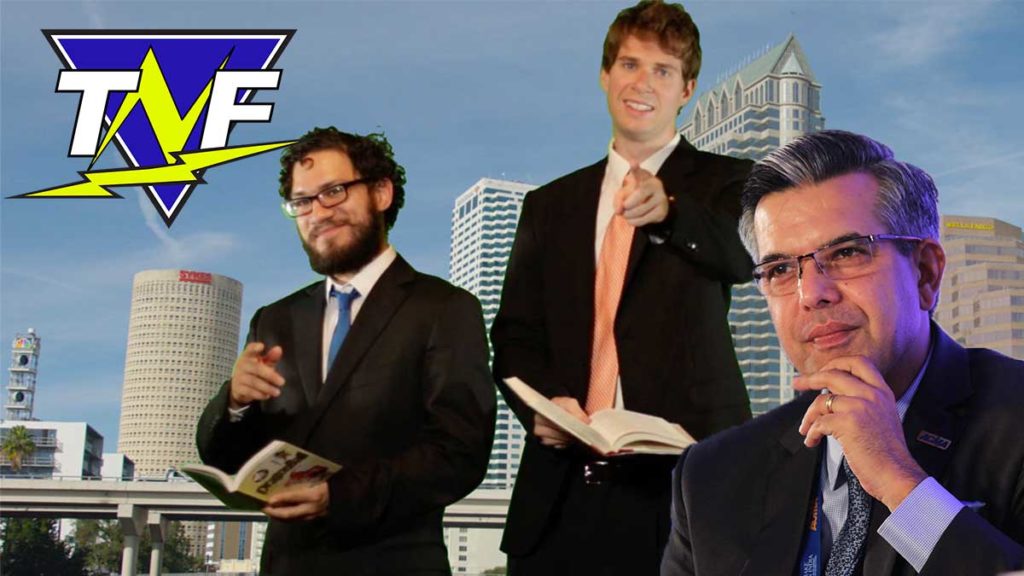 Frederico Gorliani, a local Hillsborough county lawyer, has been avidly commenting to his friends about how surprised he is that Tampa News Force has not yet been sued by any of the companies they mention in their fake news articles.

“I’m just honestly blown away.” Gorliani said. “I’ve been reading these guys articles all year, and you would’ve thought at least once, one of those businesses would have taken legal action!”

Gorliani opens his briefcase to reveal hundreds of printed Tampa News Force articles, spreading them across the table at Maggiano’s. “Like check out this one!” He points to an article with dozens of key words circled, but I can’t read the headline because it’s smudged with tomato sauce.

“In this article, the author mentions the businesses name, then goes on to state some absolutely fabricated facts about how the restaurant will now be serving olive-oil soaked tampons, and they didn’t lift a finger!”

Gorliani crushes up a breadstick and snorts it, then sneezes all over my fettuccini Alfredo.

“You said you had the bill today right?” He asks.

“Now keep telling me about how you’re surprised we haven’t gotten sued.”

“Anyways, I know you guys are a registered LLC filed as a fake news/satire organization exercising your first amendment rights, which is pretty much iron-clad in court, with no possible way anyone could successfully sue you, i.e. The Onion, Hard Times, Saturday Night Live, but even though you’re a trademarked entity which is completely protected from any sort of slander or false advertisement laws, I still feel like someone could sue, maybe for inciting a riot or disturbing the peace, or something like that.”

I point out to Gorliani that we don’t force anyone to visit our website, and we don’t claim to be real news anywhere, so it would be a real stretch to claim any sort of slander or libel.

Gorliani’s tie falls off, and I notice it’s actually a Burger King kids crown folded into the shape of a tie.

“I just wanted you to take me to Maggiano’s, I don’t actually think you guys should really be sued by anyone. You’d have to be an idiot to think you could sue a fake news organization for writing fake news!” We both laugh actually, I’m not mad at him wasting my time and conning me into buying him a free eggplant parmesan.

“This was fun Frederico, I’m happy you contacted me to talk about this.” I say.

“Now I’m going to go to the bathroom, then I’ll be back to pay the bill.”

I leave the restaurant without paying and stick Frederico with the bill. When I get home there’s 65 voicemails on the TNF news-line, all from Frederico, ranting about how he’s going to sue me. I call Frederico back and tell him I’m sorry for leaving him with the bill and I Venmo him half the money from a stolen credit card, and a few days later he’s convicted for fraud. He received the death penalty.